French physicist and Nobel laureate Professor Serge Haroche will deliver the 2014 Dirac Lecture at UNSW on the beauty and serendipity of blue sky research. 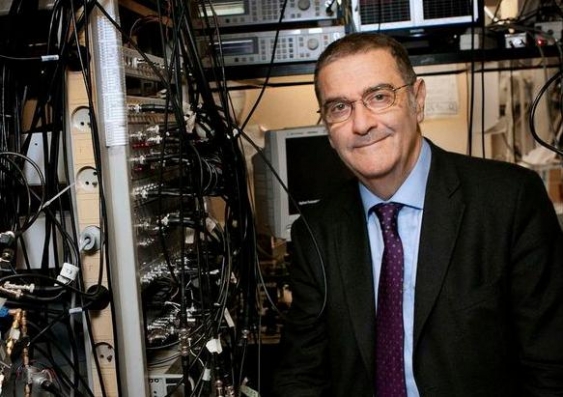 French physicist and Nobel laureate, Professor Serge Haroche, will be awarded the Dirac Medal at UNSW and will deliver the 2014 Dirac Lecture.

Professor Haroche, of the Collège de France in Paris, was a co-winner of the 2012 Nobel Prize in Physics for his groundbreaking experimental research enabling the measurement and manipulation of individual quantum systems.

He was able to capture and study photons of light using a trap made of mirrors.

His lecture, to be hosted by UNSW Science and delivered on the evening of Tuesday 9 December, is titled:  The beauty and serendipity of blue sky research.

Professor Haroche will illustrate the long road from fundamental discoveries to technological innovations using examples from his own field of research in atomic and optical physics.

He will also reflect on the dangers that blue sky research faces and explain why it is essential to protect it and to make it thrive, in spite of present economic difficulties.

The Dirac Medal for the Advancement of Theoretical Physics is awarded by UNSW and the Australian Institute of Physics.

The Lecture and the Medal commemorate the visit to the university in 1975 of the British Nobel laureate, Professor Paul Dirac, who was one of the greatest theoretical physicists of the 20st Century.

Professor Dirac gave five lectures which were published as a book  Directions of Physics. He donated the royalties to UNSW for the establishment of the Dirac Lecture and Prize, which  includes a silver medal and honorarium. It was first awarded in 1979.