Heat stored in the western Pacific Ocean, due to an unprecedented strengthening of the equatorial trade winds, appears to be largely responsible for the hiatus in surface warming over the past 13 years. 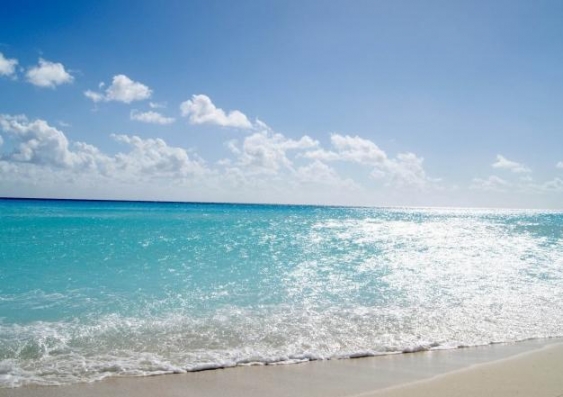 Heat stored in the western Pacific Ocean, due to an unprecedented strengthening of the equatorial trade winds, appears to be largely responsible for the hiatus in surface warming observed over the past 13 years.

New research published today in the journal Nature Climate Change indicates that the dramatic acceleration in winds has invigorated the circulation of the Pacific Ocean, causing more heat to be taken out of the atmosphere and transferred into the subsurface ocean, while bringing cooler waters to the surface.

“Scientists have long suspected that extra ocean heat uptake has slowed the rise of global average temperatures, but the mechanism behind the hiatus remained unclear," said Professor Matthew England, lead author of the study and a Chief Investigator at the ARC Centre of Excellence for Climate System Science at UNSW Australia.

“But the heat uptake is by no means permanent: when the trade wind strength returns to normal – as it inevitably will – our research suggests heat will quickly accumulate in the atmosphere.  So global temperatures look set to rise rapidly out of the hiatus, returning to the levels projected within as little as a decade."

The strengthening of the Pacific trade winds began during the 1990s and continues today. Previously, no climate models have incorporated a trade wind strengthening of the magnitude observed, and these models failed to capture the hiatus in warming.  Once the trade winds were added by the researchers, the global average temperatures very closely resembled the observations during the hiatus.

“The winds lead to extra ocean heat uptake, which stalled warming of the atmosphere.  Accounting for this wind intensification in model projections produces a hiatus in global warming that is in striking agreement with observations,” Professor England said.

“Unfortunately, however, when the hiatus ends, global warming looks set to be rapid."

The impact of the trade winds on global average temperatures is caused by the winds forcing heat to accumulate below the surface of the Western Pacific Ocean.

“This pumping of heat into the ocean is not very deep, however, and once the winds abate, heat is returned rapidly to the atmosphere,” Professor England said.

“Climate scientists have long understood that global average temperatures don't rise in a continual upward trajectory, instead warming in a series of abrupt steps in between periods with more-or-less steady temperatures. Our work helps explain how this occurs," Professor England said.

“We should be very clear: the current hiatus offers no comfort  – we are just seeing another pause in warming before the next inevitable rise in global temperatures.”