Opinion Parable of the bee and the fly

Mission-directed research has become dominant but it is curiosity-driven research that leads to breakthroughs, making long-term commitment to both vital, writes Merlin Crossley. 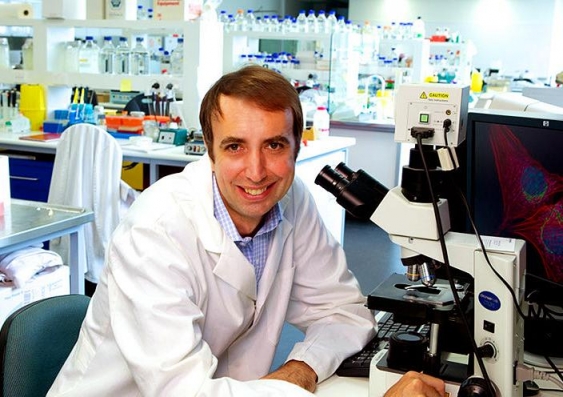 OPINION: There is an old story about a bee and a fly trapped in a lemonade bottle. The bottle has been thrown away and is lying neck down on the side of a ditch.
The bee thinks logically and crawls up towards the sunlight. It is engaged in mission-directed research. The fly, on the other hand, can see no obvious way out. So it buzzes around at random, bouncing off the walls, trying anything and everything to escape. The bee is shocked at all the noise and wasted energy. The fly gets out and the bee eventually dies.
The parable is used to demonstrate the importance of individual, curiosity-led research, the value of which is not immediately obvious. The other point is that flies just love flying while researchers simply love exploring the unknown.
Good researchers have the courage to target deliberately new areas and explore untrodden paths - often just they cannot help it. Despite all this, mission-directed research has become increasingly dominant in the past few decades.
The CSIRO Flagship program is one good example, health research another.
Industrial research run by private companies, be it mineral exploration or the development of new electronics, is also mission-directed. This is important to shareholders.
The great advantage of mission-based research is that its potential value is never in doubt. In an age where so many agendas are driven by shallow opinion polls, it is not surprising that directed research gets a bigger tick. Large multi-disciplinary projects are even better because the more stakeholders you have the more votes of support you get.
On the other hand, it can be difficult to sustain research programs that support deep fundamental work in mathematics, physics or chemistry.
Given all this, it was particularly encouraging to hear Ian Macfarlane's talk at the Prime Minister's Science Prizes last week. He spoke of his respect for the Weizmann Institute and about how it concentrated on fundamental research since it had demonstrated it provided the biggest impact in the long run.
The Weizmann is a remarkable science institute that has a long record of focusing on fundamental discoveries that influence many fields and often lead to significant applications. Israel is not a country that lacks a long-term science strategy.
The most important point about the bee and the fly story is that curiosity-driven fundamental research is critical whenever we get stuck. The bee heads towards the light and will never get out. Funding a thousand bees to use the same approach will be pointless. The fly succeeds when it departs from the obvious path because, like Socrates and Donald Rumsfeld, it knows there are some things that it doesn't know.
Almost every government and every university in the world has listed research priorities in terms of health, energy, resources (food, water, minerals) and environmental sustainability. Our national research priorities, the CSIRO Flagships and most university strategic plans cover this set. But while much progress is being made through interdisciplinary efforts and collaboration, I believe that, like the bee in the bottle, we are in many ways stuck.
In health, - consider Alzheimer's disease, genetic diseases, cancer and malaria. Iimpressive progress has been made in areas such as Alzheimer's disease, genetic diseases, cancer and malaria, but we long for cures. In some cases the breakthroughs will come from mission-directed wars on these diseases, but in other cases they will only come from fundamental and deep research into understanding these conditions Or the breakthroughs will depend on advances in non-medical disciplines. Or they may come out of the blue.
The history of science is full of examples where individual exploration, creativity and inspiration has led to unexpected breakthroughs. This is what discovery research is all about and this is why one of the flagship programs of the Australian Research Council is the discovery projects.
We have a very strong record of discovery in Australia and a good system in place. It is important we make a long-term commitment to retaining both mission-directed and fundamental discovery research.
In the future we will find ourselves trapped in many old bottles; some will be the right way up and will be perfect for bees, but others will be upside down and in that case it is important that we sustain people, particularly mid-career research fellows, with the imagination to fly.
Professor Merlin Crossley is Dean of Science at UNSW.
This opinion piece was first published in The Australian.
Twitter Facebook LinkedIn