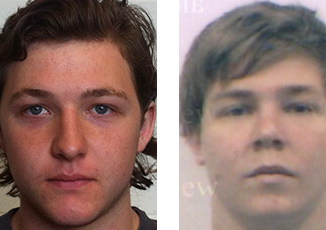 OPINION: Staff responsible for issuing passports are no better than the average person at identifying if someone is holding a fake passport photo, my colleagues and I report in a study published in PLOS ONE today.

We also found large differences in ability between individual passport-issuing officers on this task. Some staff performed extremely well, suggesting that selecting staff that are particularly good at matching faces would provide large improvements in security.

Passport officers were asked to decide whether posed “card holders” matched the passport photo that they presented. In this task, passport officers wrongly accepted non-matching “fraudulent” cards on 14% of occasions. This is comparable to the accuracy rate we find in untrained lay people.

This presents a practical problem because security often relies on accurate face matching decisions. For example, in airport security it is important to verify that a traveller is who they claim to be by checking that they match the person pictured on the passport.

To put the scale of the problem in context, consider that on average more than 100,000 people travel through Sydney Airport every day – and more than 12 million international passengers passed through this airport last year.

At this scale, an error rate of 14% (about one in seven) would correspond to a significant risk of admitting travellers bearing fake passports.

Indeed, it is possible that more people are travelling on false passports than we know. A tangential narrative to the MH370 disaster was that two of the 227 passengers were travelling under false identities.

Our study is not the first to identify the difficulty of unfamiliar face matching. Since the 1990s, psychological researchers have known that people find it difficult to decide if two images of an unfamiliar face are of the same person or of two different people.

But what we have shown is that passport issuing officers – despite their experience – do not perform any better than the rest of the population. This was surprising to us, and suggests that the difficulty of the task is not necessarily overcome by experience alone.

Since this study many experiments have shown high error rates in these tasks, even under optimal conditions where images are taken on the same day, in neutral pose and under very similar lighting.

Given that we know human performance is highly error prone, why do we use photo ID at all? One explanation is that we mistakenly believe that we are good at matching unfamiliar faces because we are so good at recognising images of familiar faces.

Because we are very good at recognising images of friends and family in photographs, one suggestion is that we mistakenly assume that this is also true for unfamiliar faces.

So how can we solve this problem? One possible solution is to replace human vision with state-of-the-art computer technology. But this is not a complete solution because this software is also error-prone, and because people are required to monitor the output of these systems.

Since our initial study carried out in 2009, our research team at UNSW has been working with the Australian Passport Office to test alternative approaches aimed at improving human accuracy.

In this latest project we have identified a number of potential solutions to the passport problem.

One promising solution might be to select passport issuing officers on their ability to perform the task of correctly identifying people. In the research, we found that some staff performed very well and others quite poorly.

This is consistent with what we know about individual differences in face recognition ability, and research suggests that this variation is driven to a large extent by genetic differences.

We have also identified other possible solutions. For example, some evidence-based approaches to training can improve accuracy, and we have shown that redesigning the format of photo ID could also provide gains in matching accuracy.

Overall, we hope that the results of this study will inspire further research into this important limitation of human perception. In addition to the scientific interest of this question, improving human performance in unfamiliar face matching will help ensure the security and safety of Australian citizens.

Dr David White is a Postdoctoral Research Fellow in the UNSW School of Psychology.