Security systems based on photo identification could be significantly improved by selecting staff who have an aptitude for this very difficult visual task, a UNSW-led study of Australian passport officers suggests. 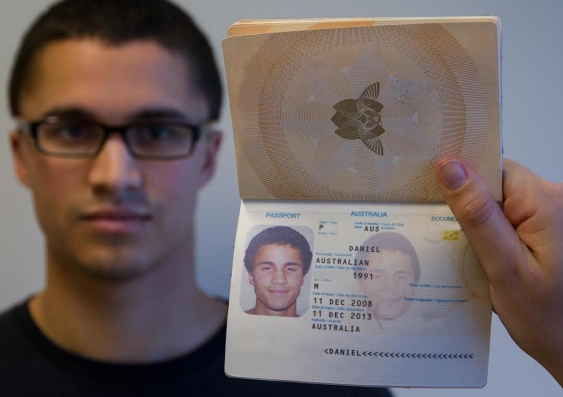 Example of a person-to-photo test

Security systems based on photo identification could be significantly improved by selecting staff who have an aptitude for this very difficult visual task, a study of Australian passport officers suggests.

Previous research has shown that people find it challenging to match unfamiliar faces.

“Despite this, photo-ID is still widely used in security settings. Whenever we cross a border, apply for a passport or access secure premises, our appearance is checked against a photograph,” says UNSW psychologist Dr David White.

To find out whether people who regularly carry out photo-ID checks performed better than average on a variety of face-matching tasks, Dr White and his colleagues tested a group of Australian passport-issuing officers.

“We found the passport officers did not perform better, despite their experience and training. They made a large number of errors, just like the untrained university students we tested,” says Dr White, lead author of the study.

“But we observed very large individual differences. Some passport officers were 100 per cent accurate. This suggests security could be significantly improved by using aptitude tests to select staff for jobs involving photo-ID checks. Because of this study, the Australian Passport Office now sets face-matching tests when recruiting staff and when selecting facial comparison experts.”

The study, entitled 'Passport Officers’ Errors in Face Matching', is published in the journal PLOS ONE.

Participants in the experiment included 49 staff who issue new and renewed passports in the Australian Passport Office in Sydney, and 38 university students.

In one test, the passport officers had to decide whether a photograph of a person on their computer screen matched the person standing in front of their desk.

Passport officers performed as well as a group of untrained students with both groups making about 20 per cent of errors.

“Given what we know about human performance in these tasks, we expect to find similar error rates in other workplaces where face matching tests have not been used for staff selection. Certain training methods may also help to push against these limits,” says Dr White.

Researchers at UNSW are currently working with the Australian Passport Office on a project funded by the Australian Research Council to improve accuracy of face matching decisions made by passport officers.