The first continental-scale reconstruction of temperatures over the past 2000 years highlights the unusual nature of the 20th century warming. 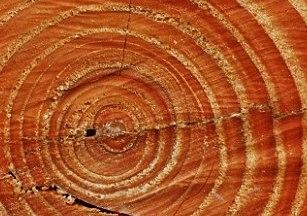 The first continental-scale reconstruction of temperatures over the past 2000 years by 78 scientists from 24 countries has highlighted the unusual nature of the 20th century warming.

The study published in Nature Geoscience, combining Northern and Southern Hemisphere temperature reconstructions, shows that the 20th Century warming is a global event that has produced the hottest global average temperature in 1400 years.

This is in stark contrast to the Mediaeval Warm Period and Little Ice Age, which the study revealed did not occur simultaneously across the globe.

“The striking feature about the sudden rise in 20th Century global average temperature is that it comes after an overall cooling trend that lasted more than a millennium,” said an author of the paper from the University of New South Wales’ ARC Centre of Excellence for Climate System Science, Dr Steven Phipps.

“This research shows that in just a century the Earth has reversed 1400 years of cooling.”

The 2000-year temperature snapshot revealed by the researchers shows a long-term cooling trend before human influences began to become significant. This trend was primarily driven by natural cycles in the Earth's orbit. At the same time there were also natural fluctuations caused by volcanic eruptions and variations in solar activity.

It is these natural variations, and in particular the changes in the Earth’s orbital cycle, that explain why some of the average global temperatures prior to AD 600 were as warm as today.

However, none of these natural influences account for the dramatic global temperature rises of the 20th Century.

The temperature reconstructions show recent warming is clearly global compared to the anomalies of the Mediaeval Warm Period and the Little Ice Age, which were of a regional nature only.

“It appears the event known colloquially as the Mediaeval Warm Period occurred at different times in the Northern and Southern Hemispheres,” Dr Phipps said.

“Whereas the Northern Hemisphere was warmest from AD 830-1100, South America and Australasia did not experience warming until 1160-1370.”

The Little Ice Age  – an ill-defined period taking in dates from around AD 1550-1850 – was also inconsistent in its impacts across the globe, occurring earlier in the Arctic, Europe and Asia than in North American or Southern Hemisphere regions. Extremely cold events during this time also corresponded to weak solar activity and volcanic eruptions.

“This work has transformed our understanding of temperatures over the past 2000 years,” said Dr Phipps.

“Armed with this information future researchers will able to better understand the causes of climate variability at a regional and global level and help forecast the changes we can expect as our planet warms.”

The team included scientists from the Australian Antarctic Division; Antarctic Climate and Ecosystems CRC; The University of Melbourne and the ARC Centre of Excellence for Climate System Science.