Qualified science and maths teachers in schools should get a salary boost, and new money from the Gonski review could help pay for it, writes Merlin Crossley. 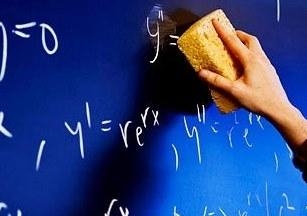 Steps need to be taken to reward performance and draw top students into teaching careers.

OPINION: It is time to do something about the status of teachers.

Doing something is seldom as easy as it sounds. I have three friends who aim to do something new each year. One simply vows to ''keep up the good work'', a second to ''be a nicer person''. The third, however, aims to ''pull her socks up'' and last year her goal was to ''eat an apple a day''. It doesn't sound like much but at least these are positive, achievable actions.

Recently, NSW Education Minister Adrian Piccoli has noted the low status of teachers and the low university cut-off scores for entry into undergraduate degrees in teaching. He is trying to do something about it and insists on higher standards, pulling socks up.

Higher cut-offs tend to have higher status. The recent lowering of cut-offs for degrees in teaching is a step back in terms of status. Action is needed, but when there is action there will be a reaction.

Some universities - which are now heavily dependent on having large numbers of student teachers - will oppose Piccoli's initiative. Where arguments fail, the desperate possibility of a constitutional challenge has been raised.

Hopefully, instead of counterproductive stand-offs, people will work together and take positive steps to solving the problem.

In some schools, certain science subjects are just not available due to the shortage of teachers.

In regional areas, and in some parts of our cities, there simply are not enough qualified physics, chemistry or maths teachers.

This means in some cases, teachers who never wanted to be, and are not trained to be, science teachers are teaching science - one should not denigrate these people but the results don't look good.

This is a big problem if one believes - as I do - that science and technology will be important to our material and cultural wealth.

So here is a radical but obvious proposition - and if the Gonski review delivers new money into the school sector it might even be possible. How about an apple for the physics teacher? Market loadings. If we have a labour shortage, surely the wage should rise. This is heresy to many who believe in the collegial culture of educational institutions, but market and performance loadings are already widespread in the public university sector.

The academics in professional faculties, such as medicine, business and law, sometimes earn clinical or market loadings. In addition, top researchers in science faculties can earn more via fellowships, such as the Laureate Fellowship scheme.

The introduction of these pay systems and the mechanisms through which rewards are calculated are often imperfect but the schemes are seldom controversial. Not everyone likes or agrees with differential pay, but loadings have been introduced widely and don't seem to have undermined collegiality or collaboration.

Those old enough to remember the days of the amateur Olympics or non-professional rugby may lament the camaraderie of the old days, but few could argue that our sportspeople today - inequitable and controversial as the selection processes, contracts and pay scales are - don't still enjoy the highest level of team spirit on the field.

Why hasn't the introduction of these competitive practices corrupted the collegiate integrity? Perhaps for the simple reason that, despite the best of intentions, some things were never really egalitarian anyway.

The systematic provision of extra monetary rewards and loadings is fairly new but the inescapable inequalities and fierce competition sustained by titles, rank and promotion at universities were ever present.

There is sometimes anxiety and injustice. It can be a tough world. Workers in education tend to value collegiality and equality but, like everyone, we've got used to the idea that one can't escape competition. So we simply do our best to make things as fair as possible and to find positive ways to harness competition and live with it.

If new money enters the Australian school system, should similar steps be taken to reward performance and to encourage recruitment into areas of need? Would this draw top students into careers in science teaching and lift the status of teaching?

I don't know. What I do know is science begins in schools and something needs to be done to boost the status of teaching.

It is time to pull our socks up.

This opinion article first appeared in the Sydney Morning Herald