Tourist "astronaut" millionaire Dennis Tito's quest to send an older couple to Mars could be a catalyst for further human exploration in space, writes Malcolm Walter. 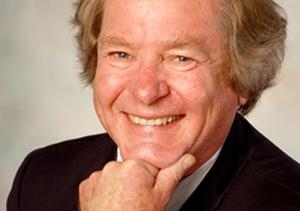 OPINION: Tourist “astronaut” millionaire Dennis Tito wants to send an “older couple” to Mars. Would this be a stunt by an enthusiast or a meaningful breakthrough in space exploration?

Being elderly myself, I have an informed view. Older for Tito apparently means infertile, or at least beyond wishing to have children. Of course most men remain fertile until they die, as Charlie Chaplin proved. So, conceivably (no pun intended) we are thinking about men and women beyond “a certain age” – let’s say 50.

Apart from the psychological issues it is difficult to shield astronauts from damaging cosmic radiation on the long trip, but oldies can be sacrificed because we have little to lose. Think of it as voluntary euthanasia – if the worst happened it would be a spectacular way to go.

Implicit in the proposal is that the couple be heterosexual, perhaps so they would be representative of most of humankind.

The idea is to find two people who could tolerate each other for 501 days inside a sardine can. If they survived, maybe we could conclude that younger explorers would have an even better chance. On the other hand, youngsters tend to be more argumentative.

They would have to occupy themselves somehow. How about some very fine needlework while listening to audio versions of those books they always wanted to read? Picture your grandparents. Blogging with the kids might be popular.

Serious astronaut John Glenn flew to the International Space Station when he was 77. So it can be done. But what’s the point?

The point is that it would be inspirational, much like Columbus “discovering” America, or Cook’s great voyages. It could be the demonstration needed to break the pragmatic roadblock to sending astronauts to Mars.

Not that this old couple would land on Mars. According to the Tito concept they would fly there, take a spin around the planet and fly home. The round trip would take only 501 days if the launch were in the favourable window in 2018 when the planets are suitably aligned.

All great fun – but the serious issue is, why send astronauts to Mars at all? Here we are on firmer ground. We know that robotic missions can be spectacularly successful, witness Spirit and Opportunity, and now Curiosity, but who can forget the moon landings.

NASA going to the moon might really have been about the Cold War, not exploration and science, but it was inspirational. The images are unforgettable. Think about the Earth-rise over the moon, and ultimately the recognition of the fragility of our planet.

Also, remember that the former Soviet Union got to the moon first, with a robotic mission, but that largely has been forgotten. It lacked the magic of “one small step for [a] man, one giant leap for mankind”.

However, there is a huge cost. To escape the gravity “well” of Earth costs tens of thousands of dollars per kilogram.

Mars is a great laboratory that is teaching us about the early history of the solar system, still preserved there because of the geologically inert nature of that planet. And it may harbour a second sample of life.

There can be no greater quest than searching for a second origin of life: should we find it on Mars we will know that the universe is pregnant with life.

Some propose another motive, but it is nonsense. These people think of Mars as a refuge to which we will escape after we have destroyed the environment of Earth. What a nonsensical idea. We would just proceed to destroy the environment of Mars.

Exploration is a human imperative. No matter what pragmatists insist, the dreamers will win. Dennis Tito’s mission, should it happen, could prove to be a catalyst.

In any event, there will be people on Mars before the end of this century. It will not happen soon, but it will happen.

I acknowledge discussions with my colleagues, students, and friends.

Malcolm Walter is a professor of astrobiology at UNSW's School of Biotechnology and Biomolecular Sciences.