Physics helps us understand fundamental aspects of the world and underpins much of our advanced technological capability, so it is essential we encourage its study, writes Michelle Simmons. 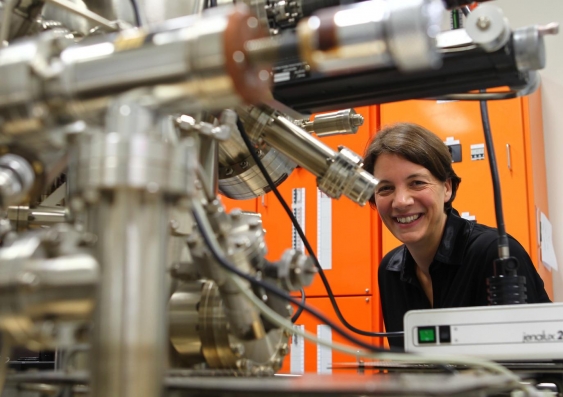 What is matter? What is energy? What holds matter together? How do the various constituents of the universe interact at the most basic level? Where does the Earth sit in relation to the rest of the universe? Can we predict the movements of the stars?

Physics gives us the knowledge to address remarkable questions like these. But knowledge is also power: a better understanding of these laws, allows us to improve the ways we interact with, and harness our environment. And if you look at the rapid development in human technology over the past two centuries, it is amazing just how much technological change has been derived from advances in physics.

Perhaps the most clear-cut example in this respect is the dramatic transformation that electricity has brought about in all modern societies. Our whole way of living now is completely dependent upon being able to generate, transmit, and harness electric power in a safe and efficient manner – all of which is ultimately underpinned by our understanding of physics.

Keeping up with the ever growing demand for generating electricity with minimal environmental impact will be a significant challenge in the years to come.

No matter how much we know there is always more to discover – and from every discovery we generate great new and practical technologies.

Whether physicists studying fundamental principles, such as quantum mechanics, are more likely to invent new devices by applying these principles serendipitously, or by design, doesn’t matter as both approaches work.

What is remarkable is the extent to which fundamental breakthroughs can lead to diverse technological consequences.

Take, for example, the transistor and diode, which are used in electronic watches, calculators, pacemakers, hearing aids, cellular phones, global positioning systems (GPSs), radios, computers and light-emitting diodes (LEDs). They are fundamental building blocks upon which our entire society is constructed.

A similar story can be told about lasers. The diverse applications of the laser include bar code readers, micro/eye surgery, compact disc players and information retrieval and storage, fibre optics (for telecommunication and medical procedures), machining, surveying, laser printers, semiconductor fabrication, holography, and perhaps the greatest potential use, nuclear fusion.

Magnetic resonance imaging (MRI) likewise is now used routinely to identify chemical species in both chemistry and biology, and has been vital for noninvasive glimpses into the body to find tumours, to study thinking processes and to understand blood flow – all based upon the spinning of protons in a magnetic field.

From new theories, new technology is created that, in turn, allows more accurate, expanded and novel experimental observations to prove or disprove new theories, which leads on to more technology – and so on, in a cycle. Thus there has always been a deep symbiosis between discovery in physics and the development of new technology.

We all benefit from the contributions of physics, only a fraction of which have been mentioned here – and it’s not just physicists who say so.

The American economists Edward Prescott and Finn Kydland, who won the Nobel Prize for economics in 2004 in part for pointing out that new technology drives economic booms. Physics is fundamental in this respect.

In 2013, the European Physical Society commissioned an independent economic analysis covering 29 European countries (including Norway and Switzerland) which showed that over the four-year period 2007-2010 the

physics-based industrial sector generated £3.8 trillion of turnover, around 15% of total turnover in Europe’s business economy, exceeding that of the contribution made by the entire retail sector.

The same study found that the sector supported more than 15 million jobs corresponding to more than 13% of overall employment in the business economy of Europe.

Here in Australia, our industrial base is different from that in the US or Europe, but the same arguments hold.

On the one hand, we all benefit from the downstream consequences of past discoveries in physics. In this sense, anyone who uses a GPS signal, turns on a computer, listens to digital music, receives a computed tomography (CT) scan or an MRI scan, or flicks a light switch is proving the value of the discipline.

But, on the other hand, advances in physics are also used in a more immediate sense by local industry. In recent years, physics has found important Australian applications in financial modelling, minerals exploration, equipment manufacturing, telecommunications and the development of new defence technologies.

Physics is no less important here in Australia than it is to people anywhere else.

Its future significance, moreover, should not be underestimated. It is easy to imagine for example that, because it is an established science, all the great discoveries of physics have already been made. This is a deeply mistaken perspective.

With new experimental data from the Large Hadron Collider in Switzerland, which explores the tiniest particles that form the most fundamental building blocks of matter, and from the Square Kilometre Array, which explores the massive structures that form the universe, modern physics will bring us new insights into longstanding questions – such as the origins and expansion of the universe, the nature of dark matter, and the origins of mass.

At the same time, we are just beginning now to tap into new technologies that are based upon the mysterious wonders of quantum physics. The ability to manipulate individual atoms, molecules, and photons of light – and to exploit quantum effects that are imperceptible in the macroscopic universe – foreshadows a future where the communication and processing of information is radically enhanced from where we are today.

Australian science enjoys a particularly strong international reputation in this area, which is potentially very advantageous given the escalating importance of information processing in the Australian economy, and in a growing range of defence applications.

Because of its vast contributions to society, and its tremendous potential to engender new breakthrough technologies and industries, global research in physics has received steady and dramatic increases in investment over the past century – a trend, which is likely to continue as an ever-growing cohort of companies and societies come to recognise the significance of physics to economic, social and environmental development.

Physics is the field that defined the modern scientific worldview. It helps us to understand the world in its most fundamental aspects. It underpins an enormous amount of our most advanced technological capability.

It is essential, therefore, that we encourage students to study it, gifted, passionate and well-qualified teachers to teach it, and that we nurture outstanding scientists who are actively advancing its frontiers.

Professor Michelle Simmons is a Professor of Physics at UNSW and Director of the ARC Centre of Excellence for Quantum Computation and Communication Technology.