Slight changes in the timing of the annual loss of sea-ice could have dire consequences for polar ecosystems, by allowing a lot more sunlight to reach the sea floor, a new study shows. 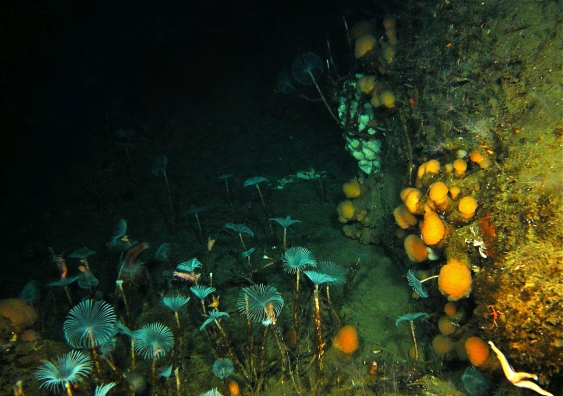 Slight changes in the timing of the annual loss of sea-ice in polar regions could have dire consequences for polar ecosystems, by allowing a lot more sunlight to reach the sea floor.

The research by scientists at UNSW and the Australian Antarctic Division predicts that biodiversity on some areas of the polar seabed could be reduced by as much as one third within decades, as the poles warm.

The study, Light-driven tipping points in polar ecosystems, will be published in the journal Global Change Biology.

Dr Graeme Clark, of the UNSW School of Biological, Earth and Environmental Sciences, says the team’s research shows that polar ecosystems may be even more sensitive to climate change than previously thought.

“Even a slight shift in the date of the annual sea-ice departure could cause a tipping point, leading to widespread ecosystem shifts. On the Antarctic coast this may cause unique, invertebrate-dominated communities that are adapted to the dark conditions to be replaced by algal beds, which thrive on light, significantly reducing biodiversity,” Dr Clark says.

The invertebrates lost could include sponges, moss animals, sea squirts and worms. These animals perform important functions such as filtering of water and recycling of nutrients and provide a food source for fish and other creatures.

“This is a prime example of the large-scale ecological impacts that humans can impose through global warming – even in places as remote as Antarctica,” says UNSW team member, Associate Professor Emma Johnston.

“Our modelling shows that recent changes in ice and snow cover at the poles have already transformed the amount of light reaching large areas of the Arctic and Antarctic annually.”

For the study, the team deployed light meters on the sea floor at seven sites near Casey Station in Antarctica, at depths of up to 10 metres. They used cameras to photograph the coast at midday every day for two and a half years, to determine sea-ice cover.

They determined the growth rates of Antarctic algae in the lab in different light conditions, and conducted experiments in Antarctic waters to test the sensitivity of algae to available light. They also surveyed species living on sub-tidal boulders, to see how communities varied with ice cover.

Tipping points are events where small changes in environmental conditions cause rapid and extensive ecological change.

The amount of sunlight reaching the poles is highly dependent on the seasons because the Earth’s tilt causes the sun to be above the horizon for considerably longer during summer than winter, and the lower solar angle during winter increases reflectance from the water surface.

“Early melt that brings the date of sea-ice loss closer to midsummer will cause an exponential increase in the amount of sunlight reaching some areas per year,” says Dr Clark. 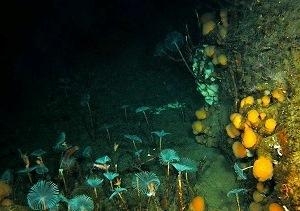