Opinion Portion size affects how much you eat

People eat more from larger portions, even when they are not particularly hungry and even when the food doesn't taste very good, writes Lenny Vartanian. 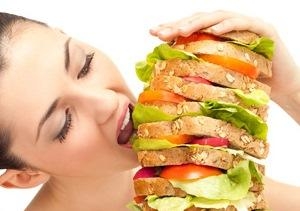 OPINION: People eat more from larger portions, even when they are not particularly hungry and even when the food doesn't taste very good, writes Dr Lenny Vartanian.

Think about the last meal you had, and ask yourself why you ate as much as you did, not more or less. Chances are that your answer had to do with how hungry or how full you were. But that’s not the whole story.

Many people still believe this to be true. But since the 1970s, researchers have identified a number of non-physiological or external factors that influence people’s food intake in quite powerful ways.

The external factor that has received the most attention from researchers and from the media is the portion size of food. This is because people tend to eat what they are served – and larger portions can lead to overeating.

Portion sizes have increased dramatically over the past few decades; this is true of portions served in shops, restaurants, and even in homes.

What’s perhaps most striking about this research is that people eat more from larger portions even when they are not particularly hungry and even when the food doesn’t taste very good.

When people eat in response to external cues such as portion size, their behaviour is described as “mindless” eating – either they are unaware of the presence of the external cue, or are unaware that the cue is influencing them.

If that is the case, then increasing people’s awareness of these external factors should put them in a better position to resist the influence of those factors. Education may be the key.

Some colleagues and I recently put this idea to the test. In our study, female students took part in an educational exercise before being served a small or a large portion of pasta for lunch.

The educational exercise required participants to read a brochure that described a variety of external influences on food intake, including portion size.

They were then asked to write about their experiences of being influenced by these types of factors. This exercise was designed to raise the participants’ awareness of the impact that these external influences can have on their food intake.

If the lack of awareness of influential external factors was key to people eating more, then by educating them about these factors, the exercise should have decreased the influence of portion size on their subsequent food intake.

It seems that the influence of portion size is resistant to simple awareness. This is probably because the amount of food that we ought to eat is fairly ambiguous in many situations.

Take, for example, an all-you-can-eat buffet, a cocktail party, or even dinner at your grandmother’s house. How much should you and do you eat in each of these situations? Is it the same amount across all of them?

If this is the case, then education on its own may not be enough.

One strategy frequently suggested as a way for people to avoid overeating is to use smaller plates; smaller plates should hold smaller portions so less food will be consumed.

It turns out that this is only partly true.

Smaller plates appear to reduce food intake only if there is less food available overall. If people are serving themselves from a large supply of food, then they will either pile more on their plates, or go back for seconds or thirds.

What can be done

If these strategies are unable to reduce how much we eat, is it time to start talking seriously about regulations, such as New York City Mayor Michael Bloomberg’s attempt last year to institute a ban on jumbo-sized soft drinks in certain food outlets?

These types of proposals are typically met with a fair bit of resistance and the terms “nanny state” and “food police” creep into the discussion. Opponents argue that people should be able to make their own food choices.

But if people are generally unable to overcome the influence of external factors on their food intake, if more reasonable portions of food are not readily available, or if economic incentives continue to favour purchasing larger portions, how much confidence can we have in people’s ability to make healthy choices?

If we expect people to take personal responsibility for their food choices, then we need to provide them with the genuine opportunity to make healthy choices. That opportunity does not seem to be available in our current food environment.

Dr Lenny Vartanian is a senior lecturer in the UNSW School of Psychology.

The power of portion size is hard to overcome