Specialisation and focus is critical and individual scholars sometimes fall in love with their discipline. This can be very good but it can also be bad, writes Merlin Crossley. 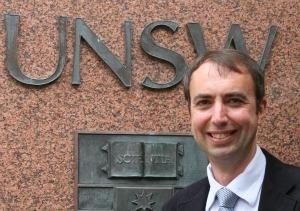 OPINION: It takes a long time, sometimes a lifetime of specialisation, to become a professor. Specialisation and focus is critical and individual scholars sometimes fall in love with their discipline. This can be very good but it can also be bad.

It is particularly bad when you have a professor of steam engines on your staff. They may not be the world expert at first but over time their relative prowess and confidence increases as steam engines go out of fashion everywhere else.

Worse still, there is sometimes a temptation for them to appoint a prodigy to carry on the good work. It is unusual for the prodigy to be 100 per cent as good as the pioneer in steam trains, and as the generations go by, and each staff member is nearly as good as the predecessor, the discipline enters a downward spiral. This is one way in which nepotism sneaks into even the very best university departments in the world and corrodes standards.

But Australia has been reasonably successful in resisting this sort of nepotism. How? Not by insisting that staff move institutions - Australia is remarkable in that both students and staff tend to go to institutions in their home towns and to stick with them. Australia's trick has been quite different. It has been to have a series of rigorous, some would say, ruthless, independent fellowship schemes. Both the Australian Research Council and the National Health and Medical Research Council run fellowship schemes that serve as independent guardians of quality. The great thing about fellowship schemes - as opposed to the alternative of hard and fast rules against nepotism - is that they actually do allow prodigies to be appointed when justified, but only when approved by an external independent watchdog. Not all countries have extensive fellowship schemes but Australia can be very proud of its schemes and its fellows.

Unfortunately, one vital fellowship scheme, the ARC's Future Fellowship Scheme, is approaching its last round and no funding commitments have been made to secure its future. This is particularly worrying since the scheme swallowed up the former mid-career ARC Fellowships, the QEII and Australian Research Fellowship opportunities, so all the ARC mid-career fellowships may come to an end at once.

The Future Fellowship scheme came about as a result of a desire to inject new blood into the sector. Warnings that the academic workforce was ageing led to efforts to maintain a pipeline of talent. A 2007 election promise indicated that there would be 1000 new mid-career fellowships, with 200 awarded each year. The scheme was introduced on top of the existing fellowships, so it made good sense to rationalise the fellowships at the ARC - except that now this rationalisation may mean the end of all mid-career fellowships.

This news will be particularly distressing to the many recipients of the Discovery Early Career Researcher Awards (DECRAs or junior fellows) who may have been aspiring to move on to Future Fellowships as the next logical step in their careers. This year there were 200 DECRAs awarded out of nearly 1300 applications, so winning a DECRA is a remarkable achievement and these are people we don't want to lose.

The idea was that academic retirements would free up positions and funds and the fellows would be absorbed into the workforce. Seen from another perspective, the loss of the Future Fellowships simply rips another $40 million a year out of the research system. And it is not just a one-off loss, there is a pipeline. Growth in the Sustainable Research Excellence Fund - which was designed to sustain the associated costs of research - has been put on hold. And the National Collaborative Research Infrastructure Strategy has been provided with no ongoing funding apart from some emergency resources which appear to have been simply top-sliced from the tertiary sector in the first place. Make no mistake, the cuts will cost jobs and productivity in a sector that earns significant revenue for Australia through international fees on teaching.

What is happening here is a weakening of resolve. The plans to support research and the efforts to keep up with research in Asia were worthy but reductions in funding are being made, almost by stealth. Or perhaps by neglect and a lack of a consistent research policy, by start-stop funding initiatives.

Steam trains can get places by start-stop resourcing but if you want to take the next step with the rest of the world and move to aircraft it is much wiser to think through a long-term funding pipeline and to stick with it.