Opinion Putting it off: why we procrastinate

With so many daily distractions, we live in a procrastinator's paradise, but accepting we are prone to delaying unpleasant tasks can allow us to manage our behaviour and become more productive, writes Amy Reichelt. 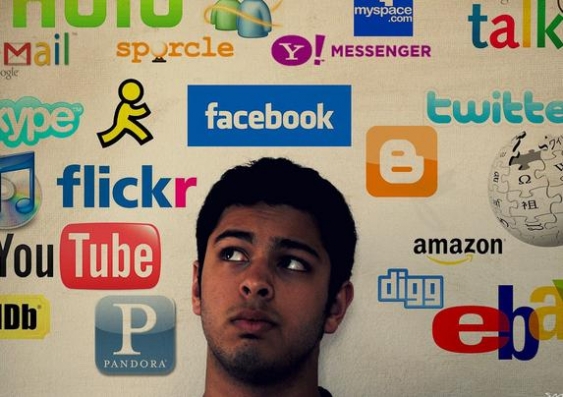 The internet is a procrastinator's paradise. Image: Rishi Bandopadhay

Everyone procrastinates. I became somewhat distracted by completely irrelevant websites, for instance, while preparing to write this article.

Procrastination, as you may have figured out by now, is the practice of carrying out less urgent tasks in preference to urgent ones. Or, doing pleasurable tasks in place of less pleasurable ones, and thus delaying performing impending jobs.

We know we have important work deadlines, exams to study for, and even more tedious tasks such as sorting out bills and taking the dog to the vet for yearly vaccinations.

But when deadlines loom, mundane tasks suddenly become more appealing – tidying your office area as opposed to writing a report, or cleaning the car instead of revising for an exam.

Chronic procrastinating stems productivity and affects our state of mind by generating worry and stress. As deadlines approach, they cause feelings of frustration and guilt for not working on a task when we were meant to.

So why do we choose to mess around when we need to knuckle down and do what we know to be important?

The value of mundane tasks

In order to procrastinate, we need to have an appreciation of the value of our behaviours. That’s to say we know that we’re undertaking a short-term, less important task, instead of doing something essential.

The part of the brain that acts as the control centre for deciding whether to perform certain behaviours is the prefrontal cortex.

It plays an important role in assigning positive (or negative) values to outcomes, and encoding what actions were performed. This process means you are more likely to do something if it previously resulted in a good feeling.

This area of the brain is therefore important for making value-based judgements as well as for decision making in general; we undertake certain behaviours because we’ve learnt that they make us feel good.

And, dopamine reinforces such behaviours in turn, making us feel good and increasing the chances that we will perform them again.

The tasks we tend to occupy ourselves with when procrastinating are those with a small, immediate, and short-term value, instead of the important, more valued task where the reward is delayed.

This is an example of temporal discounting; basically, we overestimate the value of an outcome when it can be gained immediately.

Human motivation is highly influenced by how imminent a reward is perceived to be. In other words, we discount the value of large rewards the further away they are in time. This is called the present bias.

And it explains why we’re more likely to partake in low-value behaviours (checking Facebook, for instance, or playing computer games) – because getting a good score on a test next week is further away in time, so it’s less valued than it should be.

As time passes, the temporal proximity of your deadline increases. The value of doing well in your assessment, or getting work in before a deadline is still just the same as before, but greater immediacy means it becomes more important that you complete the task.

Another more personality-based theory of procrastination is the “arousal seeking” idea. This suggests procrastinators may be a certain personality type, in particular people who are thrill seekers.

Leaving an important deadline until the last minute increase levels of stress. And carrying out the task in the last minute leads to a rewarding “rush” once its complete. This reinforces the idea that such people work better under pressure.

Procrastination may be a facet of personality. Or it could be that exposure to so many immediately rewarding activities makes it difficult to perform certain less pleasurable, but important tasks.

There are a variety of techniques to help people work effectively and minimise distractions and procrastination.

The Pomodoro technique, for instance, breaks work sessions into manageable 25-minute slots, allowing a small reward at the end, such as five minutes access to Facebook or a short coffee break.

Then you have to return to another 25 minutes of work; the technique can aid productivity across the whole day.

A similar approach is self-imposing shorter-term deadlines for a large project, breaking it up into manageable tasks with immediate outcomes.

This increases the proximity of the deadline and decreases the chances of having to carry out the task at the last minute. This technique can work as simply as making a timetable or list of smaller tasks, and then rewarding yourself once each task is complete.

With so many daily distractions, we seem to live in a procrastinators paradise. Accepting that we’re prone to procrastinate allows us to manage our behaviour and be more productive.

Dr Amy Reichelt is a research fellow in the UNSW School of Psychology.

Deep brain stimulation: a fix when the drugs don't work