A UNSW-led team has uncovered the genetic secrets of extremophile microbes that can survive in temperatures as low as minus 20 degrees in the saltiest lake in Antarctica. 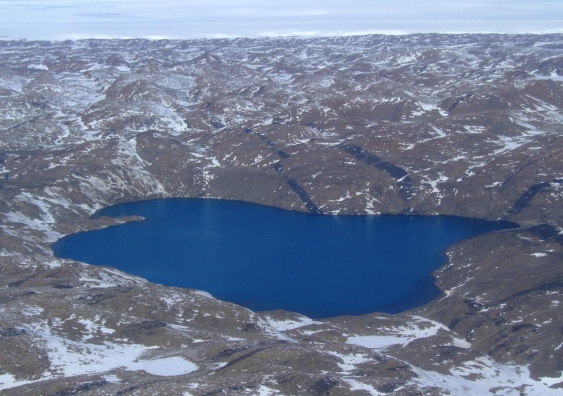 Deep Lake in the Vestfold Hills of Antarctica

A UNSW-led team of scientists has uncovered the genetic secrets of extremophile microbes that can survive in water temperatures as low as minus 20 degrees in the saltiest lake in Antarctica.

Deep Lake, about five kilometres from Davis Station, was formed about 3500 years ago, when the Antarctic continent rose, isolating a section of ocean. The water in the 36-metre deep lake is now so salty it remains in liquid form down to a temperature of minus 20 degrees.

“The lake has the distinction of being the least productive lake ever recorded, with very little able to grow in it,” says Professor Rick Cavicchioli, of the UNSW School of Biotechnology and Biomolecular Sciences, and leader of the team.

The team took water samples from the lake at depths of five, 13, 24 and 36 metres, and studied the entire genetic sequence, or genome, of the microbes living there, to work out how they had evolved to cope with the extremely harsh conditions.

The results are published in the journal Proceedings of the National Academy of Sciences.

The extremophiles present belong to a group of microbes - haloarchaea – that are known to be promiscuous, swapping DNA between themselves.

“But our research shows these ones swap much more genetic material with each other than has been observed in the natural environment before. Long stretches of virtually identical DNA are exchanged between different genera, not just species,” says Professor Cavicchioli.

“Despite this rampant gene swapping, the different species are maintained and can co-exist because they have evolved to exploit different niches and consume different food sources.”

Some, for example, consume proteins in the water; others consume sugars like glycerol, from algae living on the lake surface. It is estimated the haloarchaea grow very slowly in the lake, with only about six generations produced a year.

Professor Cavicchioli says research on extremophiles could have industrial applications.

“Enzymes from cold-adapted microbes could have significant value. Their high activity in cold temperatures could provide reduced energy costs for processes that would otherwise require heating, such as cleaning, or which must be carried out at cold temperatures, such as food production or bioremediation of cold, contaminated sites.”

Professor Cavicchioli’s group has made equally remarkable discoveries in other Antarctic lakes in the Vestfold Hills region where Deep Lake is located.

“This illustrates just how valuable and unique Antarctic lakes can be and why Antarctica needs to be protected so societies the world over can benefit for years to come,” he says.

The study’s first author is UNSW’s Matthew DeMaere, and the team includes other researchers from UNSW, the University of Tasmania, Charles Sturt University, the Los Alamos National Laboratory in the US and the US Department of Energy Joint Genome Institute.