Universities are best served by collecting comments from students on teaching quality and making that feedback as freely available as possible, writes Merlin Crossley. 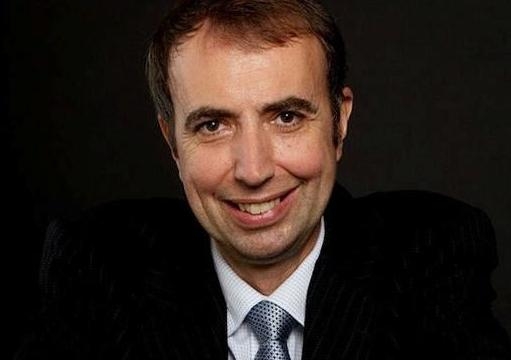 OPINION: Prospective students, their parents, and taxpayers deserve to know about the quality of teaching in our universities. But how do you measure teaching quality?

Based on student results? Results depend on the cohort, and on how hard the subject is, so that’s hardly fair.

One measure that does exist is student feedback, but the relevance of the data is often hotly debated. A recent article in The Conversation argued that students don’t know what teaching is good for them and questioned whether such surveys should be conducted at all.

While I agree that student evaluations should be used and interpreted with caution, I firmly believe that universities are best served by collecting feedback from students and making it as freely available as possible. The benefits outweigh the downsides.

The data could help us to recognise and reward good teaching in the same way we reward research. Releasing the data may also increase public and government trust in higher education. Now that social media allow informal student feedback to be published it will be important that authoritative sites also exist where the formal methodologies, as well as the raw data, are provided.

Personally, I have found student comments helpful in shaping my own lectures and in my role as Dean of Science at UNSW I see the student evaluation surveys for all science courses (for subjects like first-year maths, second-year organic chemistry, or third-year molecular genetics). The students provide this feedback via anonymous online surveys and they do this before they get their grades.

While I can’t publish the results of the individual surveys, I can share some of the aggregated results with you, results that bust several myths about university teaching.

While not everyone thinks university teaching is poor, when past graduates look back on their experiences they tend to remember the extremes, the very bad or very good lecturers, and present-day student chatrooms aren’t shy about highlighting poor performances. Newspapers and online media have long pronounced the lecture is dead because teachers can’t hold the attention of students for any prolonged period due to poor teaching.

Nevertheless, looking at the student feedback data in its entirety shows things are more often good than bad. In response to the question,

overall were you satisfied with the quality of the course?

we found that 91% of students expressed agreement. Things are not perfect, since a handful of courses had less than 50% approval, but this means we can focus on improving these courses and things should get better still.

The stereotype of the gifted but socially inept professor, unable to communicate, is nearly as widespread as the opposite view that teachers are unable to do research, encapsulated in the cliché - those who can do, do; and those who can’t do, teach.

Our university data, however, fails to show any link, positive or negative, between ability in research and in teaching. On the one hand many good researchers are also good communicators - using their skills not only in teaching but in convincing grant funding bodies to support their research. On the other hand some staff who are less active in research dedicate a lot of their time to teaching, and it shows in their achievements.

Myth 3: Poor teaching is tolerated because only research counts

As government research assessment exercises have become dominant, especially in the UK, New Zealand and Australia, the perception that only research counts has spread. This, together with the fact that universities don’t name and shame individual staff who have received poor student feedback, leads some to believe universities care little about teaching for either appointments or promotions.

In terms of appointments, fierce competition for academic jobs means that those with promise in both teaching and research usually secure jobs. Promotion policies now routinely emphasise strong performance in all areas of academic life for promotion. Nevertheless, the difficulty in agreeing on measures of teaching excellence, and the secrecy that surrounds student evaluations, mean that it is difficult to bust the myth that teaching does not count.

There are many who will tell you student evaluations are little more than a popularity contest, and therefore it is the charisma of the teacher and not the quality of the lesson that is being scrutinised.

But our student feedback data shows strong student evaluations correlate well with other indicators of teaching excellence, such as peer evaluations and institutional or government teaching awards. Students are good arbiters of quality. Perhaps unsurprisingly, students care about the same things administrators and academics value – clarity, organisation, timeliness in feedback and general professionalism in teaching.

Myth 5: Responding to student surveys will lead to a dumbing down of the curriculum

Fear of declining standards is used to argue against student satisfaction surveys lest academics avoid challenging material and courses collapse into cheap popularity contests where every student is given high marks in order to ensure positive feedback.

But provided the surveys are done properly - anonymously and before the students know their marks - the risk that easy courses and soft marking will be offered to boost student evaluations is diminished. Nor have I seen any clear declines in standards. On the contrary, as international competition increases and more people have access to university, the top students and top courses may well be getting better.

Such myths have arisen partly because most universities don’t make student feedback widely available. In some cases this is a consequence of employee contracts that may set limits on how the data is used and some people believe the whole topic is best avoided.

The tertiary sector in Australia plays a critical role in society, providing not only research but also teaching for the next generation of students. No sector can expect to be exempt from the scrutiny of its stakeholders and, as we academics grade our students, we should also look forward to the ratings they give us for our performances.

Professor Merlin Crossley is Dean of Science at UNSW

Australia can nurture growth and prosperity through biology