Fishers can help protect our shore-nesting birds from predatory ravens by burying or disposing of their fish waste, a UNSW-led study shows. 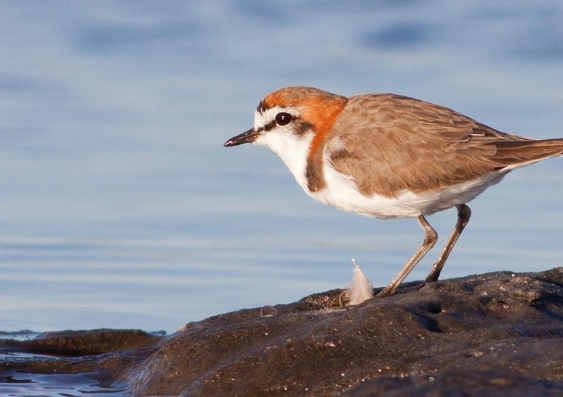 Researchers found that the activity of Australian ravens was 17 times higher near nests that had fish carcasses nearby, than near nests without carcasses.

The study also revealed that foxes were not the culprits in loss of eggs from nests as is often assumed.

“Reducing the amount of waste discarded on beaches will benefit shore-nesting birds like red-capped plovers. Even small quantities of fish scraps can increase the activity of nest predators,” says study lead author, James Rees, of the UNSW School of Biological, Earth and Environmental Sciences.

The study is published in the journal Animal Conservation.

“Poison baits are used to kill foxes in national parks because it is believed they are major predators of nests. But our research shows that ravens may be having a far greater impact than foxes,” says senior author of the study, Dr Mike Letnic, of the UNSW Centre for Ecosystem Science.

In Australia, populations of beach-nesting birds are declining, and predation of their nests is a contributing factor.

The team placed artificial nests resembling those of red-capped plovers at sites one kilometre apart along Stockton Beach near Newcastle on the NSW coast.

Two Japanese quail eggs were placed in each nest, and a fish carcass was placed nearby at half the sites.  The researchers also monitored the tracks of animals near the nests.

“Ravens were identified as the culprits for 80 per cent of the plundered nests, and we did not find any sea gull or fox tracks near any of the nests where eggs were destroyed,” says Dr Letnic.

“Fishers can help protect our shore-nesting birds from predatory ravens by burying or disposing of their fish waste,” says Mr Rees.