A new map of the world’s oceans redraws boundaries according to science, not geopolitics, and provides a crucial piece in the puzzle of who is creating marine dumping grounds, write Erik van Sebille and Gary Froyland. 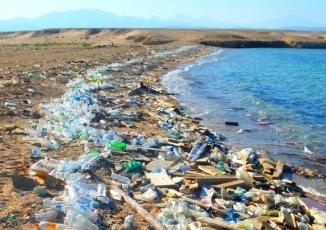 OPINION: Most of us have littered at one time or another, and in the process we probably contributed to the enormous of amounts of plastic that enter the ocean every year, eventually ending up in one of the five so-called ocean garbage patches.

This plastic marine debris lingers for centuries, posing a (sometimes deadly) threat to marine life, and accumulating in growing quantities up the food chain. Yet there is very little data about where the plastic we find in our ocean comes from, and our new research redraws some of the conventional boundaries between the oceans, suggesting that litter doesn’t always go into its “local” garbage patch.

Working out which countries have contributed most to the marine plastics problem is a vexed issue. Nevertheless, attributing blame will be a crucial step in holding polluting countries to account, and getting them to clean up after themselves.

Our study, published in the journal Chaos, provides a crucial piece in the puzzle of who is creating these marine dumping grounds.

If you were foolish enough to throw a plastic bottle into the ocean at the beach, it would go on a very long journey. It would slowly drift with the currents until, depending on which beach you dropped it at, it would eventually find its way into one of the five ocean garbage patches.

By the time it made it to the garbage patch, your bottle would have been adrift for several years, and the sun and waves would have broken it down into millimetre-sized pellets. Removing all these tiny pellets from the water is far more difficult than it sounds.

The garbage patches are formed by currents that move water (and plastic) around the world in a complicated pattern. Most of that water circulates in “gyres”. There is one gyre in each ocean in each hemisphere, each with a garbage patch at its centre. Knowing which countries border which gyre is therefore an important first step in the garbage patch blame game.

However, ocean currents do not confine themselves to individual oceans, the borders of which were drawn up by the International Hydrographic Organization and largely reflect geopolitical boundaries.

Our study shows that this isn’t true. In reality, all of the Great Australian Bight, much of the Southern Ocean southwest of Australia, and even regions south of Africa, are much more closely linked to the South Pacific than to the Indian Ocean.

Our new map of the world’s oceans redraws ocean boundaries according to science, rather than geopolitics. These current-driven boundaries show the true catchment areas of the garbage patches. Map of the catchment regions of the garbage patches, suggesting that the true boundaries between the oceans don’t match the internationally recognised ones. Land masses are shown in white. Froyland et al, Chaos, 2014.

Blame still hard to pin down

Even armed with this new knowledge, attributing blame for the different patches is not going to be easy. The currents have been mapped quite well, but not the density of the plastics throughout the ocean.

To find the culprits, we need to know not only where the garbage patches are, but also the distribution of the debris that is still making its years-long voyage towards the patches. If we know that, we’ll know which are the most influential currents that ferry litter around the world, and we’ll be able to trace them back to the places where people are dropping it.

That’s research for the future, to be done with the help of groups like 5Gyres, which sample water all over the world to detect debris.

Meanwhile, what we can say from our new map is that countries don’t necessarily contribute garbage to their “local” ocean, according to our conventional ocean boundaries.

To further complicate things, our research also suggests that the garbage patches are leaky. Even though plastic accumulates in the garbage patches, it doesn’t stay there forever. We found that all patches exchange material with their neighbours to varying degrees.

The littering of the ocean is therefore ultimately a global problem. Given the practical difficulties of removing this litter from the oceans, and the fact that it lingers for decades, the world needs to realise that we are all in this together.

Erik van Sebille is a Research Fellow and Lecturer in Oceanography at UNSW.

Gary Froyland is a Professor of Mathematics and ARC Future Fellow at UNSW. 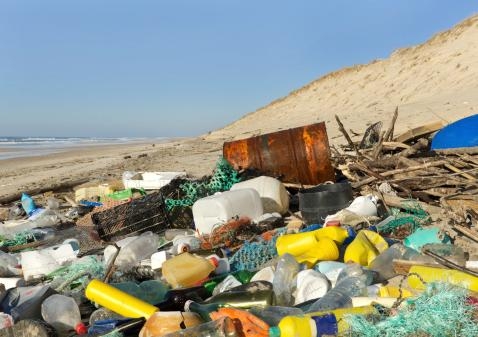 How the Japanese tsunami sent marine invaders across the ocean