The decision to lower the speed limit in central Sydney to 40 km/h does not go far enough if we want to reduce pedestrian fatalities, writes Lori Mooren. 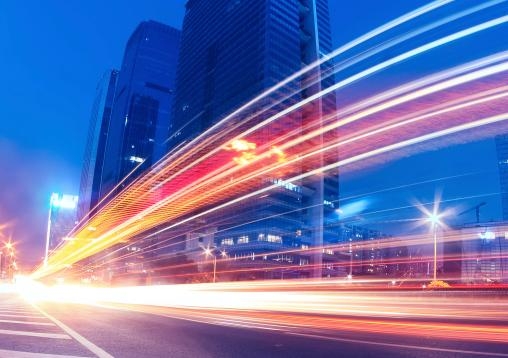 The decision by NSW Roads Minister Duncan Gay to lower the speed limit in the Sydney central business district to 40km/h is a step in the right direction. But it does not go far enough.

As a community it is time to ask ourselves whether it is OK just to try to cut down on the number of dead pedestrians, rather than ensuring a reduction in fatalities.

The propensity for humans to take risks and make mistakes in traffic is well known. Indeed, there is a wealth of research showing that humans are ill-equipped to judge road travel risks.

The impact on the human body when motor vehicles crash into them is also well known.

All Australian governments apply ''safe system'' principles to ensure that road users can survive their journeys – regardless of whether they are walking, driving or riding. But speed limits for preventing fatalities should take into account the known fatality risk levels for each type of potential collision.

A 2008 Organisation for Economic Co-operation and Development OECD guidance document emphasises the need for very low speed limits – no greater than 30km/h – where conflicts with pedestrians are possible. This would mean that virtually all residential areas and shopping precincts should be zoned at 30km/h or lower.

The Dutch experience shows the benefits of this approach. The introduction of 30km/h zones resulted in a nearly 70 per cent drop in road casualties where these zones were introduced in 2002.

The reasons for this are probably cultural and environmental.

It is cultural in that speed limits are treated as optimum speeds, rather than maximum speeds. It is environmental in that the road environment in the city gives insufficient clues about the actual risks of serious road injury at various travel speeds. Many streets in the Sydney CBD still have very wide lanes and look and feel like ''through roads'' where you can drive faster than you should on inner-city streets.

The Dutch have for some decades worked on establishing the prime functions of roads and then redesigning them to suit how people use them, recognising that design features of the road influence travel speeds.

They say that beyond signs and pavement markings, roads should have ''essential recognisability characteristics'' that will send strong messages to road users about how the road should be used – like when to slow down.

New Zealand has also embarked on this approach to road redesign with very promising results. After introducing some low cost changes, so the look and feel of the roads matched their intended functions, there was a 30 per cent decrease in motor vehicle traffic and a 17 per cent increase in the number of pedestrians where roads had been redesigned.

It is time for Sydneysiders to have an informed public discussion about safe motor vehicle travel speeds, and how to achieve them, particularly in areas like the CBD, where there are more vulnerable road users.

Sure, pedestrians should pay more attention to the risks they are exposing themselves to in traffic. But we need to do all we can to stop killing them.

Adverts on the road could be a distraction for drivers