Professor Rob Brooks considers the profound effect of the "opium of the masses" - rock and roll - and questions whether the art form has seen its final days. 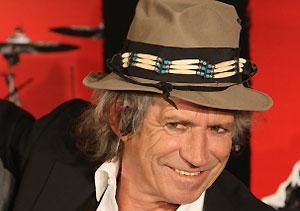 OPINION: In a century chock-full of cultural innovation, from communism to televangelism and from Rubik’s cube to airline travel, few 20th Century peacetime developments influenced the world as profoundly as rock music. That’s because, as I have argued before, “Nothing short of the opium of the masses, religion, which shares with rock so many ritual similarities, even approaches rock music for cultural expression of raw human biology”.

I’ve written before about the biology of what makes rock so compelling, but today I want to throw out some wild assertions as a half-baked attempt to answer the persistent and probably unanswerable question:

For me, the most compelling evidence in favour of the affirmative is a decade-old video of a leather-clad Britney Spears dry-humping a motorcycle to a mechanically sanitized version of “I Love Rock ‘n’ Roll”. It’s the antithesis of the Arrows' 1975 original or über-rocker Joan Jett’s 1981 version. The one my friends and I played on the bus home from school until our cassette batteries ran flat.

I’ll show some vulnerability here and say I’ve plenty of sympathy for Ms Spears. But if she loves Rock ‘n’ Roll as much as the lyrics profess, she’s got a necrophilic irony in how she shows it.

Britney wasn’t the first pop royal to don rock affectations, only to find herself bereft of any real garments. Michael Jackson made an entire career of exactly that; a backbeat rhythm here, an Eddie van Halen solo there, and everywhere a messy pastiche of drivel that would make any postmodernist proud.

But as the psychiatrist Robert Jesse Stoller famously said, “Kitsch is the corpse that’s left after art has lost its anger”. Rock may exude a certain joi de vivre, but for me its defining emotion is the compulsion to rage against the machine. And Britney and Michael Jackson never showed that particular anger in their music.

For some time I’ve been forming the opinion that rappers have become the true guardians of rock’s anger. The story of 50 Cent , the poor orphan who detoured through juvenile correction and a very-nearly fatal shooting on his way to megastardom, sums up the ethos that rap has wrested from rock. His first album title, Get Rich or Die Tryin', says it all.

Two weeks ago I was reminded by a most unlikely act that rappers have inherited the anger that once belonged to rock. Cape Town’s greatest cultural export, Die Antwoord, brought their unique brand of Zef rap-rave to Sydney’s Enmore theatre. And Dr Michael Kasumovic dragged me there to behold it.

If you haven’t yet experienced Ninja and Yo-Landi Vi$$er rapping to DJ Hi-Tek’s ‘next level’ beats, then you certainly haven’t experienced anything like it.

Consider them a translation of US ‘Gangsta’ rap personas into existing Afrikaans idiom and you’d still be less than halfway there.

They leveraged a huge YouTube hit, 2009’s ‘Enter the Ninja’ into appearances at music festivals throughout the world. Last month they performed ‘I Fink U Freeky’, the first single from their latest album on that barometer of mainstream assimilation, Letterman.

If you want to hear the music that made rock great played live, you’re in luck. Driven by GFC-induced investment losses, an unprecedented number of those acts whose members remain mostly alive and able to play an instrument are touring again. Wonderful as these concerts are, they lack a crucial spark. They’re more a reenactment of rock than a manifestation thereof.

Like a the long-married couple whose intimacy happens once a month under the covers with the lights off, our much-loved aging rockers and the crowds who bay for them to play the old stuff have domesticated one another.

Nothing about Die Antwoord’s music could be called rock. Yet, for me, their attitude embodies the purest derivation currently available of what made rock ‘n’ roll great.

Professor Rob Brooks is Director of the Evolution and Ecology Research Centre.

Explaining Schwarzenegger - men, biceps and getting what you want