Opinion The science message is out there, so how do we get people to listen?

It is not an inability to understand science that undermines its power: it is the ability to deny it whenever it involves inconvenient truths, writes Merlin Crossley. 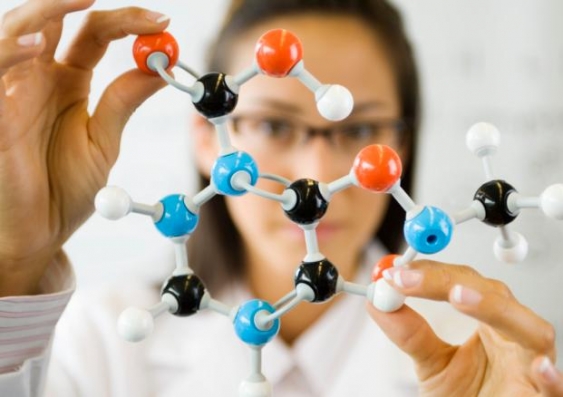 OPINION: There are many who lament the poor state of affairs of science communication in Australia. Some commentators wonder why there is still so much controversy about climate change, genetically modified crops, homoeopathy, vaccination and even the use of statins to combat heart disease.

Others are concerned that our school students are going backwards in science and maths when compared to their peers abroad, and our researchers fear the ever-looming funding cuts and worry that their messages about the importance of science have just not reached politicians.

It’s not all bad news

While scientists can always do more to make their case – as then-science ministerBarry Jones famously put it in 1985, we must not be wimps – perhaps things have turned around, and scientific communication is on the rise.

Sometimes the real problem is not the communication, it is the behaviour of recipients and vested interests. In some cases the fact that messages don’t get through has nothing to do with the complexity of the information or the incompetence or even personalities of the messengers.

It has everything to do with what is termed “wilful blindness”. This is the deliberate refusal to accept reasonable information – it is also referred to as “denial”.

The argument that no one understands science does not stack up. Science communication has been thriving and continues to prosper.

On radio, television and the internet, science is popular, and demonstrably so. Robyn Williams at ABC’s Science Show, Catalyst on television, and internet sites like IFLSdraw large audiences.

It is now possible to measure just how popular science is via internet metrics.

Of course, The Conversation makes an important contribution. I get to see how many people read the articles by writers from my institution. Interestingly, seven of the 10 most-read UNSW authors are from the Faculty of Science.

Why is science popular?

In a world where so much information is available on the web, science makes a mark because science news is genuinely new. When new insights occur they are shared simultaneously across the globe. This unites people around advances in science.

Scientific discoveries, like sporting victories, occur in real time and bring audiences together (other popular topics in The Conversation tend to be personal matters, and include medicine, psychology and sex).

The Australian Science and Media Centre (AusSMC) also contributes to science communication. This organisation ensures that experts working in particular areas are available to journalists who are covering particular topics. This is important. One of the best ways to distinguish real science from pseudo science is to consult qualified experts.

Recently, when The Australian newspaper wrongly published that the Intergovernmental Panel on Climate Change’s predictions about climate change were mistaken, it was the AusSMC that stood up and insisted on a correction that was duly published – although by this stage the genie could not be put back into the bottle and those who were determined to deny the evidence had had their day.

We are also very fortunate to have a Chief Scientist like Ian Chubb, whose arguments are clear and compelling. Not to mention other excellent local advocates, most notably the Nobel Laureates, Peter Doherty, and Brian Schmidt.

We all instinctively understand science

So is the public appreciation of science improving, or are we failing?

People are certainly trying and I think Barry Jones should be pleased. Science communication is respected and supported. The Australian Museum offers a Eureka prize for promoting the public understanding of science.

If you read this year’s collection and the winning entry by the astronomer Fred WatsonI think you’ll be impressed.

Some science is hard – mostly because of the extensive use of specialist terminology that is often like a foreign language, or in rare cases due to advanced mathematics that is not easy to grasp. But in general the scientific method is common sense and is used widely in all walks of life.

It is sometimes said that people don’t understand science but I think everyone understands the television program Mythbusters. Its success is phenomenal.

For too long have scientific demonstrations consisted of meaningless fireworks and explosions. But Mythbusters harnesses the boyish excitement of blowing things up and links it to hypothesis testing. Everyone who has seen an episode of Mythbusters can understand what the scientific method is all about.

Before Mythbusters there was Sherlock Holmes and myriad other detective stories. Deductive reasoning – this is another essential ingredient of science.

It is not an inability to understand science that undermines its power: it is the ability to deny it whenever it involves inconvenient truths. This ability is difficult to confront.

So have we done enough in terms of communicating science – has the message about the importance of science got across?

One aspect of science that Mythbusters and Sherlock Holmes do not convey is the issue of choosing the right question. In Mythbusters viewers write in and suggest questions and those that are regarded as interesting – or that involve projectiles or explosions – are chosen.

In detective stories a good question arises each time a hideous crime is committed by an unknown perpetrator.

Real science is not like this. In the real world choosing the right question is the most important thing.

One has to choose a question that is at the frontier, but that has a solution within reach. It also has to be a unique problem that has not yet attracted the attention of others. Top scientists lead and explore new fields, untrodden plains.

In the modern age of internet metrics and popularity polls it is no wonder that scientists who propose genuinely new ideas, that are ahead of their time, do not always feel well supported.

The importance of science

If there is one thing that has still not been communicated to politicians, it is that blue sky exploratory science is as important as translational or applied science, since it provides new pathways whenever we are stuck.

Science is the way forward when we face a roadblock. And we are stuck with many of the big challenges facing society.

The past few centuries have shown that the scientific method works and creates prosperity in the long run but in the short run convincing governments that sustained investment is a priority is never easy. As the history of science expands, and the triumphs accumulate, I hope that the message will get through.