Scientists are a step closer to discovering what determines the sex of Australia’s iconic platypus and echidna, after an international study unravelled new genes contained on mammalian Y chromosomes. 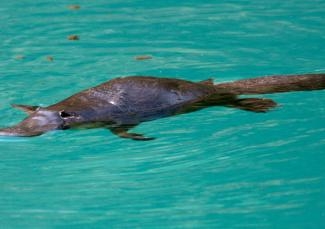 Scientists are a step closer to discovering what determines the sex of Australia’s iconic platypus and echidna, after an international study involving researchers from the University of Adelaide and UNSW unravelled new genes contained on mammalian Y chromosomes.

The findings of the study, which was led by the University of Lausanne in Switzerland, are published today in the prestigious journal Nature.

Gene content and evolution of the Y chromosome, which is only found in males and plays a key role in determining male sex, has long been a mystery in most mammals, particularly in monotremes (the platypus and echidna).

By analysing billions of genetic sequences from 15 mammal species, the researchers were able to trace the evolution of the Y chromosome in mammals in unprecedented detail.

“Finding these new genes is a major breakthrough for us. It finally reveals the gene content of the two different Y chromosome systems that evolved in mammals,” said Dr Frank Grützner, ARC research fellow with the University of Adelaide’s School of Molecular and Biomedical Science.

Dr Paul Waters, an ARC Fellow in the School of Biotechnology and Biomolecular Sciences at UNSW, said the X and Y chromosomes started their existence as non-sex chromosomes harbouring the same genes.

“As the Y chromosome evolved, it withered away, losing most of the 1000 genes that are found on today’s X chromosomes. The preserved genes were then recruited into male-specific functions."

The researchers said the next step will be to discover which gene on the Y chromosomes determines the sex of the platypus and echidna.