Family life just got even more interesting. And just in time for Christmas, writes Rob Brooks. 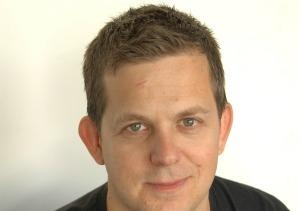 OPINION: Family life just got even more interesting. Just in time for Christmas, too!

Families bustle with the push and pull of conflict and cooperation. But just how profoundly in the end do family members affect one another in the only currency that really counts: evolutionary fitness? A new study out of Finland via Sheffield suggests the effects can be both profound and complex.

I’ve written here before about the work of Virpi Lummaa and her colleagues analysing Lutheran parish records in pre-industrial Finland. These detailed and comprehensive records, painstakingly entered into computer databases, now present an exceptionally rich source of quantitative information about life and the effects family members have on one another.

Their results have, among other things, revealed much about the evolutionary importance of grandmothers and the conflicts between women at the threshold of menopause and their daughters-in-law.

I’m usually reluctant to return to the work of a single group too often, but the latest results from this project are just too cool to pass over.

This week in Proceedings of the Royal Society of London B, they turn their attention to the intriguing effects that siblings have on one another’s evolutionary success. Aïda Nitsch, Charlotte Faurie and Lummaa set out to find if siblings are helpers or competitors. The answer: both of the above.

They used records of the all 9,585 daughters and 10,106 sons born to 3,829 mothers between 1750 and 1900. That’s an average of over five children per family, providing plenty of data about the costs and benefits of having siblings. The paper focuses on the effects of older siblings.

One in three children died before reaching 15 years of age, usually from infectious diseases – often associated with malnourishment. But the more older siblings a child had, the greater the chance that child would survive to 15.

In the most dramatic instance, having four older sisters raised a boy’s chances of living to adulthood by about ten percent.

Interestingly, the weakest effect was that of elder sisters on girls. The authors suggest that this might be because girls contributed in and around the home whereas boys' main contribution was on the farm.

So all children shared the benefits of older brothers' work, whereas older girls might have channelled more of their efforts toward younger brothers than toward sisters.

And this exposes the sibling rivalry. Some 65% of boys and 75% of girls who made it to 15 ended up marrying and having children. Having opposite-sex elder siblings didn’t change the chances of marrying or the number of children an individual had. But same sex elder siblings made the mating business appreciably worse.

A boy with no older brothers had a 10% greater chance of marrying, and ended up averaging one more child in his lifetime than a boy with four older brothers. The effects were not quite as dramatic, but nonetheless significant for girls with four elder sisters. They bore four children, on average, whereas girls with no elder sisters averaged about 4.9 children in their lifetimes.

In small farming communities, the mating markets would have been very small. A sibling who takes one eligible mate off the market by marrying them can have an appreciable effect on one’s chance of ever finding a mate. On top of that, farms passed from parents to their eldest sons. This primogeniture made the second and subsequent surviving son a far less attractive mate.

This paper illustrates the complex cooperative conflicts that evolutionary biologists and economists have been discovering at the heart of family life. And intriguingly, the conflict wins out over the cooperation. When the positive effects of siblings on childhood were combined with the reduced mating success that came from of having same sex siblings competing for mates, competition outweighed cooperation.

Effects like this might differ among populations and over time, depending on family size, inheritance patterns and the economy. But be warned: the same underlying conflicts might well simmer beneath the surface of a family near you.