Opinion Size does matter and so does researching why

Genitalia tend to vary more dramatically than other physical traits and evolutionary biology has made stunning progress in resolving why, writes Professor Rob Brooks 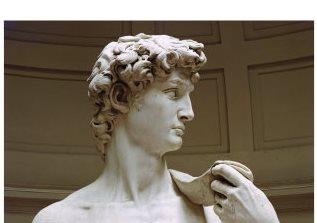 Genitalia tend to vary more dramatically than other physical traits and evolutionary biology has made stunning progress in resolving why, writes Professor Rob Brooks.

How important is penis size?

Authors from the Australian National University, Monash and La Trobe provide the most complete answer yet: the size of a flaccid penis can significantly affect how attractive a man’s body is to women.

Writing in the Proceedings of the National Academy of Sciences, Brian Mautz, Bob Wong, Richard Peters and Michael Jennions use a clever experimental manipulation of computer-generated imagery – CGI – to test the effects of variation in penis size relative to height and torso shape (shoulder width relative to waist width) on the attractiveness of male bodies to women.

While they found that torso shape was by far the most important determinant of attractiveness, penis size has about as much influence on attractiveness as height.

It’s the kind of science made for easy-reading 100 word news-porn in the tabloid press (“Size really does matter”). Or for wowser columnists to work up a morning’s indignation that a scientist somewhere did something interesting when everybody knows the rules:

If Tom Waterhouse wasn’t so busy swotting for Friday night football, he’d have already installed Mautz as hot favourite for the next igNobel Prize (for science that makes you laugh and then makes you think).

And yet for such a tabloid-ready topic, the paper itself is a study in how science should proceed in sober and restrained steps.

Genitalia tend to vary more dramatically than almost any other physical trait. And evolutionary biology has made stunning progress in resolving why.

For the most part, studies of animal penis size and shape have focused on the effectiveness of various structures in delivering sperm to where it needs to be, in removing sperm that a female had received from previous mates, in stimulating the female to use that male’s sperm, or even inflicting damage on the female so she would not mate again.

One of the more striking features of the human penis, when compared with other primates, is its length. Relative to body size, the human penis dwarfs that of bonobos, common chimpanzees, gorilla and orangutan. And our erect stance and face-to-face social interactions make the penis a highly conspicuous feature.

That conspicuousness has led anthroplogists and pop-scientists alike to speculate on the potential for penises to act as a sexual signal. Some have even suggested that a large penis may be a signal of more general health and vigour, and that the evolutionary loss of the human baculum (penis bone) may make the penis an honest signal because size and arousal can’t be faked.

The function any preferences for penis size serve remain, for now, largely in the province of hypothetical speculation. Because much murkiness surrounds whether such preferences exist, and if so just how important those preferences are.

Titillating news stories, fictional references and even song lyrics belie a persistent fascination with properties of the penis. That fascination hints at a deeper, largely unspoken obsession with the links between size, virility, masculinity and attractiveness.

Some might say that penis size presents an exclusively male obsession – pointing to the importance of embellishments such as Renaissance codpieces and New Guinea phallocarps in male-male interactions. Are not men at least as obsessed about questions of size as women?

Unfortunately for this line of argument, men are expected to obsess about precisely the traits that women – overtly or subtly – use to discriminate among mates.

And a strong whiff of male insecurity about how women are likely to judge their equipment inheres to most public discourse about penis size.

Consider what I call the Goldilocks cop-out. Most media stories on the topic of penis size conclude that as long as the penis in question isn’t way too big or way too small, it’s likely to be “just right”.

And within the large zone of “just-rightness”, few commentators are willing to claim that size really matters.

The Goldilocks cop-out mollifies male insecurity. If evolutionary pyschologists are right – and I believe they are – then men’s obsession with paternity presents a tectonic force shaping behaviour and societies. It doesn’t take much imagination to see that part of that insecurity can be bound up in fears about penile inadequacy.

Makers of penis enlargers promising “extra inches” and purveyors nasal snake-oil guaranteeing “longer-lasting sex” exploit those fears. Fears that they will never attract a mate. And fears in those who already have a mate that they might inadvertently be raising another man’s progeny.

If one accepts women may have preferences for penises of a certain size, one is left with the not-inconsiderable challenge of how to measure such preferences. Asking people doesn’t always work.

Women – and men – have all sorts of reasons to prevaricate, or to grow indignant that the question has even been asked.

My colleague Barnaby Dixson used a series of five line drawings, manipulated to have different sized flaccid penises, to study women’s preferences in Cameroon, China, New Zealand and the USA.

He found that slightly larger than average penises tend to be favoured by women.

Important as this study was, it cannot illuminate how important penis preferences are relative to other preferences – such as for muscular torsos or for taller men. If the only thing that varies among stimuli in an experiment is the trait of interest, then we shouldn’t be surprised to find it has an effect.

And subjects quickly cotton on to what the experiment is about. Also, the smallest and largest penises may have just looked strange, relative to the body on which they had been drawn.

They then showed each female subject a subset of 53 bodies, one at a time, projected life-size on a wall, and asked them to rate the attractiveness of each on a 7-point scale.

Well, no. But moving right along.

For me, the stroke of genius was the independent manipulation of three traits, two of which (height and torso shape) are already well-known to influence attractiveness.

This allowed Mautz and his colleagues to calculate that penis size affects attractiveness – of CGI models at least – about as much as height does.

It also allowed them to test for interactions between penis size and the other traits. While well-endowed models tended to get the best ratings, they did so especially in taller men who had more masculine bodies.

That is to say the effects of all three traits – height, torso shape and penis size were not independent; rather, models who were tall, broad-shouldered and with large members did particularly well.

Critics of this type of study love to point out that women usually decide if they will have sex with a man well before ever sighting his genitals. And, if so, then how can penis size influence choice?

Well, let’s just stress the importance of repeat business. A first-time disappointment can rapidly become a one-time-only thing. And an unsatisfied customer can talk to other potential customers, ruining a reputation.

Not becoming physically acquainted before making a lifetime commitment has its perils, including in the genital department. Last month the world’s media got to rehash its stock small-penis-as-grounds-for-divorce stories, when a Taiwanese woman’s wedding night was marred by the disappointing discovery that her groom’s member measured a mere five centimetres long.

In Mautz’s experiment, women certainly chose among the models presented. They took an average of three seconds before scoring each video clip – and were mercilessly faster than that with the least attractive figures. According to Mautz:

That’s so quick that you can’t really, in that short space of time, consciously go through the pros and cons of each character; that rating is an overall impression of attractiveness, not focused on any particular body part.

The reflex to disbelieve that women can and do discriminate about penis size echoes 150 years in which evolutionists and the public alike have often doubted that female sexual agency has the power to shape the evolution of male traits.

And yet female choice – across the animal world – represents one of the most potent forces driving the evolution of male traits.

For now, Mautz’s study suggests that female choice may well be responsible for the prodigious size of the human male penis.

Even if not everyone feels comfortable admitting it.

Professor Rob Brooks is an evolutionary biologist at the University of New South Wales.