The quest to find innovative recycling methods to tackle growing amounts of waste across the globe has attracted researchers and industry delegates to UNSW for the International Sustainability Symposium. 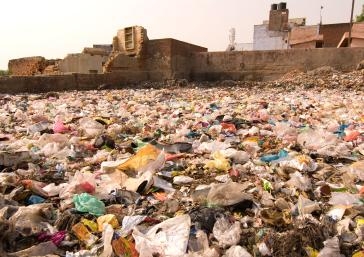 Researchers and industry delegates from China, India, South Korea, Japan, Sweden, the UK and the US, as well as Australia, have attended a Science symposium on innovative recycling methods as a way to tackle growing amounts of waste.

Professor Hilmer said that in the last 50 years the world had consumed more resources than in all of the thousands of years of its previous history.

About 85 million new cars and light commercial vehicles came onto the world’s roads last year, almost 20 million of them in China. For every vehicle, about 120 kilograms of it - a residue made up of plastic, rubber, textiles, fibrous materials and wood, contaminated with metal and oil – ends up in landfill.

Professor Hilmer said the university was committed to materials research, including the SMaRT Centre’s project aimed at using the mixed residue waste from cars in the production of metal alloys. “Technology is really the only answer,” he said.

Reflecting this commitment, work has recently begun on a new Material Science and Engineering building, which will be the largest research building on the UNSW campus when it opens in 2015.

Julie Hare, the editor of the Higher Education section of The Australian newspaper, co-chaired the plenary session with Scientia Professor Veena Sahajwalla, director of the SMaRT Centre.

Professor Sahajwalla said the aim of the symposium was to bring industries and researchers together to discuss advances in sustainable materials and processes, and the economic benefits of these approaches.