Trying to learn a piano piece or master a new dance step? Make sure you take good breaks while training, a new study suggests. 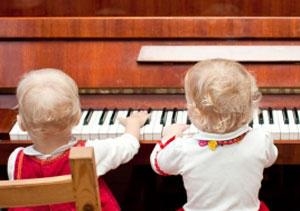 Trying to learn a piano piece or master a new dance step? Make sure you take good breaks while training because you’ll learn more effectively than if you push yourself and practice non-stop, a new study suggests.

The study, found that adopting a “practice makes perfect” approach has limits: train too much and the law of diminishing returns cuts in to impede your progress. The study, published in the journal Proceedings of the Royal Society B, was conducted by UNSW psychology researchers Soren Ashley and Joel Pearson.

Learning a new skill involves rewiring of the brain, a phenomenon called neural plasticity, the paper notes. For the new skill to persist, those brain changes must be stabilised or consolidated by being transferred from short-term memory and locked into long-term memory.

“If the information and/or neural changes are not adequately consolidated, then learning will be temporary or not occur at all,” the researchers say.

Other research has found that lack of sleep, for example, can interfere with the consolidation process, as can trying to train for a second skill before the first one has properly sunk in.

“Many studies have shown that you don’t learn if you don’t sleep after a day of training,” says Dr Pearson. “Likewise, overtraining can reduce learning if you don’t allow time for consolidation.”

The researchers were specifically interested in the role played in learning by “waking consolidation” – that is, taking breaks during the training process.

They recruited 31 students to learn a difficult computer task - tracking groups of moving dots disguised amid visual distractions on the screen.

The subjects were divided into three groups, each of which was asked to learn the task in different ways.

On the first day, a control group spent one hour training and an overtraining group spent two hours non-stop at the task. A third group also trained for two hours, but with a one-hour break between sessions with subjects choosing their own activities – except sleep.