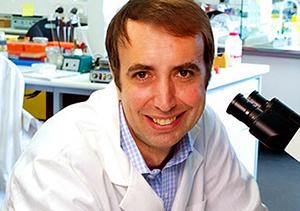 We have a shortage of good maths and science teachers. It is not a new issue: some people think this crisis is so old that it should just go into the "too hard" basket with old chestnuts like the fast train to Canberra, Sydney’s second airport, the new flag, and the republic – things which have been talked about all my life.
But the science teaching problem is a bit easier, because we don’t have to build a whole railway to Canberra. If we can just lay down some tracks in the right direction, that will help.
I want to get more inspirational students into science teaching. So how do we make the career more attractive?
Perhaps I can contribute by saying how we make university jobs attractive – it’s not rocket science. I’ll run through four points and then suggest a proposal that relies on them.
Community: We have good communities at universities but they would be even better if we engaged more with high schools.
We don’t have teachers talking today because The Conversation is a news and analysis site where journalists work with university academics.
I am sure teachers have their own forums too. It would be great to have a combined forum one day. Increasing the links between schools and universities would give both communities a boost.
Status: I hate this snobby word but at universities status is important. Surely the status of the teaching profession would benefit from a boost.
The status of teaching is in danger because the entry cut-offs for teaching degrees are falling. We have to stop that.
The NSW Minister for Education, Adrian Piccoli, has argued for increasing the cut-offs. I think we should insist on high entry standards, provided that alternative entry paths remain open for students who are late developers.
Boosting cut-offs does attract higher quality students. In universities we have set high cut-offs for advanced science and advanced maths degrees and this has attracted some very strong students. I wish status didn’t matter in society but it does.
Salary: If we raise the cut-offs for entry into teaching degrees we will create an even greater shortage of teachers. So we will have to do something drastic.
Wherever there is a drastic shortage one generally boosts salaries. This happens in universities – we pay more in business, law and medicine where market forces create a shortage. It doesn’t destroy collegiality.
Promotion: In universities we have elaborate promotion systems that rival those of the military, the church and the police force – lecturer, senior lecturer, professor, dean, vice-chancellor, and at the very top ARC Laureate Research Fellow.
I’m serious about ARC Laureate Fellows – it was controversial but the top researchers were paid nearly twice as much as regular professors. It worked – the whole system is stronger. We also have loads of prizes.
The systems for reward are not perfect in universities but there are few surprises. The rewards boost productivity and for many they also boost job satisfaction. I support the ideas I’ve heard for extending promotion systems in high schools.
Proposal: Now the proposal. It is in part inspired by the article by Dr Darren Saunders and colleagues in The Conversation. It also borrows from the CSIRO’s brilliant Scientists in Schools program, Melbourne Uni’s excellent Teach for Australia initiative and the new Australian Science and Maths Partnerships Grants. Lots of great stuff is happening.
So how about this – let’s introduce a National Teaching Post-doctoral Fellowship Scheme where PhD graduates are paid attractive salaries to complete a two-year part-time Education Diploma while working as a trainee teacher, each with a high school and university mentor to link both communities.
That’s it. It’s simple.
Obviously not all PhD graduates will make good teachers - not all will even make good scientists. Nor am I saying you need a PhD to teach. But if in two years’ time Australia had more PhD graduates in our classrooms, I think that would send a powerful message.
To conclude, this Fellowship scheme could be a boost for the teaching profession. The mentoring links should enhance the community; having more PhDs could enhance the prestige; having a PhD justifies a higher salary and, I hope, ultimately the profession would be boosted and all teachers would be valued more.
Most importantly the Fellowships would provide a new pool of highly talented scientists to alleviate the shortage of teachers.
A National Teaching Post-doctoral Fellowship scheme might not be perfect at first but I am sure the Chief Scientist is smart enough to perfect it.
We won’t have built a fast train to Canberra but, hopefully, we will have laid down some solid steel rails in the right direction, rather than just endlessly dreaming like a bunch of useless sleepers.
The above is an edited version of the address Professor Crossley gave to a maths and science education symposium run by The Conversation in Canberra on June 26.
Twitter Facebook LinkedIn