Opinion Temper trap: the genetics of aggression and self-control

By identifying genes and brain mechanisms that predispose people to violence it may be possible to tailor prevention programs to those who need them most, writes Tom Denson. 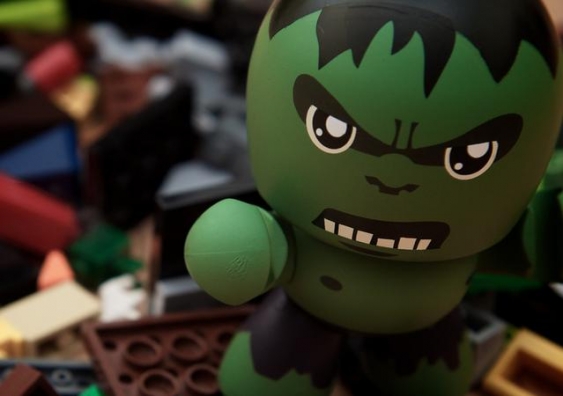 OPINION: Everyone knows someone with a quick temper – it might even be you. And while scientists have known for decades that aggression is hereditary, there is another biological layer to those angry flare-ups: self-control.

In a paper published earlier this year in the Journal of Cognitive Neuroscience, my colleagues and I found that people who are genetically predisposed toward aggression try hard to control their anger, but have inefficient functioning in brain regions that control emotions.

In other words, self-control is, in part, biological.

Genetic explanations for social behaviour tend to be unpopular – and for good reason. The notion that some of our interactions with fellow humans may be partially determined by our ancestry goes against the “all people are created equal” or “fair go” ethos of democratic societies.

Detractors of genetic causes of social behaviour are often on the right track. Many personality characteristics are only moderately influenced by genes. But whether we like it or not, aggressiveness is one social behaviour that has a particularly strong genetic basis.

Aggression is with us today because in our ancestral past, it helped our forebears survive and reproduce. It’s hard to imagine now, but before there was third-party justice such as police, people often had to protect themselves with violence, or the threat of violence, and secure resources through raiding and warfare.

Research conducted decades ago by anthropologists who lived with exceptionally violent hunter-gatherers found that hunter-gatherer men who committed acts of homicide had more children, as they were more likely to survive and sire more offspring. Thus, we may all be here today because of violence in our ancestral past.

We still see remnants of our evolutionary history through twin studies. These studies show that approximately half of the individual variation in aggressiveness is inherited. More recently, since the decoding of the human genome, scientists are able to examine variation in specific genes related to neurotransmitter functioning to evaluate their relationship with aggressiveness.

The most robust association between a specific gene and aggression in humans is the monoamine oxidase A (MAOA) gene.

The relative importance of this gene comes from its role in regulating the functioning of neurotransmitters (such as serotonin and dopamine), which help regulate emotions.

Several studies have found that men with the low-functioning version of the gene are especially likely to engage in violence and other antisocial behaviour if they were exposed to childhood abuse.

These findings suggest that people with the low-functioning variant of the MAOA gene may be less proficient in controlling anger and aggressive behaviour. But our understanding of the importance of control, when it comes to a genetic predisposition toward aggression, is incomplete.

Visualising violence in the brain

My colleagues Carol Dobson-Stone, Richard Ronay, William von Hippel, Mark Schira and I imaged the brains of 38 men genotyped as having the high- or low-functioning gene while exposing them to provocation.

We first allowed each of them to get comfortable in the scanner after which we subsequently insulted them by telling them in an angry tone that they screwed up our study (don’t worry – everyone was debriefed at the end of the study and left in a good mood).

We found that men with the low-functioning variant showed hyperactivation in two key brain regions involved in emotion and emotion regulation: the amygdala and the dorsal anterior cingulate cortex.

Men with the high-functioning variant did not show this hyperactivation. In turn, the degree of hyperactivation in these parts of the brain was correlated with how hard they tried to control their anger.

Trying harder may not be good enough

Although the evidence for the MAOA gene conferring risk for violence is relatively strong, possessing the low-functioning variant is by no means deterministic.

Approximately 35-40% of the male population has the low-functioning variant, but clearly only a very tiny fraction of these men will go on to commit a serious act of violence in their lifetimes.

Genes may be half the story, but that is it – they are only half the story. We found that men with the low-functioning variant of the MAOA gene seem to have inefficient functioning in the neural circuitry of emotional control.

By identifying genes and brain mechanisms that predispose people to the risk of being violent – even if the risk is small – we may eventually be able to tailor prevention programs to those who need them most.

There is already genetic research that identifies people who are most likely to benefit from exercise regimes and certain drugs and identifies cancer risk (think Angelina Jolie).

Provided there is informed consent and protection from information misuse, why not use genetic information to help people control anger and aggression? Doing so could greatly benefit aggressive people and those around them. 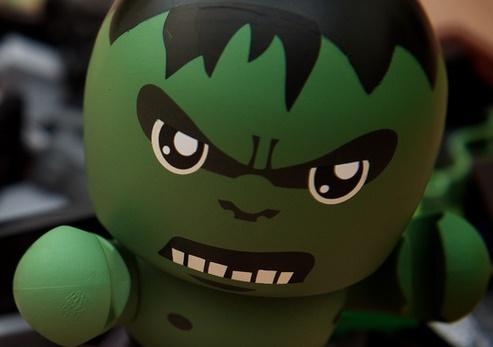 Friend or foe: what the shape of your face says about you