Oceanographer Dr Trevor McDougall is one of Australia’s most-awarded scientists and a newly elected Fellow of the Royal Society. He joins UNSW as a Professor in the Faculty of Science. 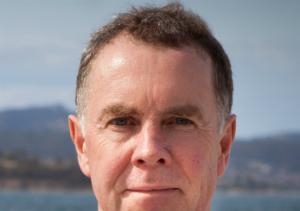 One of the world’s leading oceanographers, Dr Trevor McDougall, is joining the UNSW Faculty of Science as a Professor in the School of Mathematics and Statistics.

Dr McDougall has also just been elected a Fellow of The Royal Society of London. The society is one of the world’s most prestigious scientific academies, with just 1,500 distinguished Fellows globally from all branches of science and medicine, including more than 80 Nobel Laureates.

Noted for his original and innovative approach to research, Dr McDougall has internationally recognised expertise in the field of ocean mixing and how it is represented in climate models. His work on ocean physics is fundamental to understanding ocean circulation and the way the heat is transferred between the ocean and the atmosphere in the climate system.

He is one of Australia’s most-awarded scientists, most recently becoming the first Australian to win the Prince Albert I Medal, awarded by the International Association for the Physical Sciences of the Oceans. The award recognised "his outstanding work on important and fundamental problems of ocean fluid dynamics over the full range of ocean scales, and the thermodynamic properties of seawater".

His citation also noted that: “To faithfully represent the ocean in climate models, it is necessary to incorporate elements of ocean thermodynamics as described by McDougall’s work.” It said his recent work chairing an international working group to redefine the thermodynamic relationships that characterise seawater “strengthens even further the brilliant and unique contributions” he has made to oceanic science.

“We are delighted to have someone of Trevor’s calibre join us at UNSW, and we know he will make a major contribution to UNSW and be an inspirational presence for our many talented staff and students,” says Professor Merlin Crossley, the UNSW Dean of Science.

Professor McDougall says: “As other aspects of ocean models have improved over the past 20 years, mixing and its representation in ocean and climate models has become more important.   These fundamental aspects of ocean physics cannot be gleaned from models, but rather must be put into ocean models based on our theoretical knowledge. Because of this, fundamental research on ocean physics is recognized as a crucial missing link in our ability to improve the accuracy of climate simulations.”

Dr McDougall graduated with a Bachelor in Mechanical Engineering from the University of Adelaide in 1974 and obtained a doctorate in the Department of Applied Mathematics and Theoretical Physics at the University of Cambridge. He returned on a Queen's Fellowship to the Australian National University, moving to CSIRO in 1983 and remained there until recently. His many awards include the: Frederick White Prize from the Australian Academy of Science, 1988; Humboldt Research Prize, given by the Alexander von Humboldt Foundation of Germany, 1997; Centenary Medal for service to Australian society and science in marine science, 2003; AG Huntsman Award, awarded by the Bedford Institution of Oceanography, 2005; and the Anton Bruun Medal, awarded by the Intergovernmental Oceanographic Commission, 2009.