Opinion Trim here, snip there, and no one will notice

It's impolite to draw attention to a comb-over, but the time has to come to speak about the cleverly disguised shortages affecting research funding, writes Merlin Crossley. 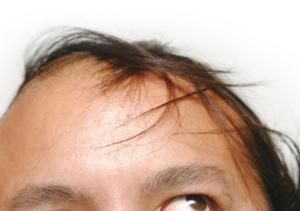 OPINION: The comb-over is a style of haircut designed to conceal approaching baldness. It is impolite to draw attention to a comb-over, but the time has come to speak out about the cleverly disguised shortages affecting the Australian Research Council.

Investing in research is vital for the country's prosperity, but recently there have been several ingenious attempts to maintain ARC grant success rates, to hide the fact that budgets are stretched and research is suffering from declining funds and start-stop funding patterns. One subtle concealment strategy is to limit the number of ARC Discovery grants each researcher can hold.

Some years ago, the ARC set a strict limit at two -- but one grant must be in collaboration -- so the actual limit is 1 1/2 grants per researcher. This is problematic given that the typical grant size ($100,000 a year) is so low it is almost impossible to cover a post-doctoral salary plus on-costs. Each year many excellent researchers complain they have hit the limit and so are no longer permitted to apply for research grants.

Recently, another restriction was imposed. If you hold a National Health and Medical Research Council Project grant, you are now able to hold only one ARC Discovery Project grant. This change will damage the positive collaboration that occurs between science and medicine throughout Australia.

Limiting the number of grants each researcher can hold has other negative effects. As well as reducing cross-disciplinary collaboration it also inhibits cross-generational mentoring.

In the past, it was common for a senior researcher to go on a grant with an up-and-coming junior researcher. This seldom happens now because top senior staff are always "full".

Another clever ruse is to reduce the length of grants. Giving shorter grants more frequently gives the impression you are awarding more grants. The Discovery Outstanding Research Award has replaced the Australian Professorial Fellowship, but lasts for three years rather than five.

Australia's most recent Nobel Laureate, Brian Schmidt, has consistently argued that we spend too much time on grant applications, partly because renewals are required too frequently.

But there is more. If you are really pressed for funds you can cancel grant rounds. Cancelling a whole scheme would trigger an outcry, but last year one of the two annual ARC Linkage Project rounds -- half the scheme -- was cancelled.

The idea was that a new industrial hub initiative would replace it, but by delaying the new program a saving has been made.

In the same way, the pipeline of the government's Sustainable Research Excellence funding has been postponed, rather than cancelled, providing another accounting saving while minimising the uproar.

Another way of hiding cancellations is to make sure schemes have finite lifespans and then just let them run out, rather than actively cutting them.

This is what is happening to the National Collaborative Infrastructure Research Strategy.

An even more canny approach is to first roll an ongoing scheme into a program of fixed duration, then, when that comes to an end, the two die quietly together. This is occurring with the mid-career fellowships, the ARC QEII and Australian Research Fellowships.

These were amalgamated with the Future Fellowships, which arose from a finite election promise in 2007 and are due to have their last round this year. Now, if they go, they take the pre-existing schemes with them -- no more mid-career fellowships for the junior Discovery Early Career Award recipients to move on to. There is, however, no obvious crisis; ostensibly, nothing has been cancelled.

A limit can also be put on the number of fellowships available. In the past, the ARC offered 25 or so Federation Fellowships. When this scheme was replaced by the Laureate Fellowships only 15 were offered. Later, two more were introduced, so there are now 17.

Additionally, one could renew a Federation Fellowship, but one can't renew a Laureate.

Disallowing renewals is another clever way of restricting access and propping up success rates. Then there is co-funding or partial funding, also called leverage -- the requirement for institutions to chip in. Co-funding is a central parameter in the Linkage Infrastructure, Equipment and Facilities scheme. It is possible to adjust the level of co-funding to manage the success rate by using other people's budgets rather than your own. Co-funding works against concentrated excellence, so it is a way of ensuring funds are spread widely.

The most recent trick is the most ingenious, but it comes from the NHMRC rather than the ARC. In the past, grants have been paid at the beginning of each year, but the NHMRC has calculated that by delaying things, and paying quarterly and in arrears, the accruing interest that was previously used by researchers for their projects can now be held back as a budget saving.

This is administratively more efficient, but it does represent another cut for researchers.

So what would I do if I were at the funding councils?

These organisations are smart and they are famously lean -- there is little, if any, administrative fat to trim. I would probably have tried all these tricks, too, until I hit rock bottom, but I would have expected someone to notice and sound the alarm. Or perhaps I would let the grant success rates plummet, to expose what is happening, to mobilise the researchers across the country, and to trigger an education revolution.