Research suggesting the laws of physics may vary across the cosmos, science that helps save lives in the surf, and technology to boost the extraction of hydrocarbon have won UNSW researchers three top Eureka Prizes. 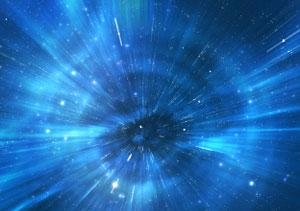 Research suggesting the laws of physics may vary across the cosmos, science that helps save lives in the surf, and technology to boost the extraction of hydrocarbon have won UNSW researchers three of the top honours at the 2012 Eureka Prizes.

UNSW researchers won the awards at a black tie ceremony dubbed the “Oscars of Australian Science”, hosted by the Australian Museum in Sydney.

A team comprising Professors John Webb and Victor Flambaum and Drs Julian King and Julian Berengut from the UNSW School of Physics, along with Swinburne University’s Associate Professor Michael Murphy, won the Eureka Prize for Scientific Research awarded for outstanding curiosity-driven scientific research. The team’s extraordinary findings - that the laws of physics might vary across the cosmos - could have profound implications for current understandings of science.

"If the laws of physics turn out to be merely ‘local by-laws’, it might be that whilst our observable part of the universe favours the existence of life and human beings, other far more distant regions may exist where different laws preclude the formation of life, at least as we know it,” Professor Webb has said.

The Science of the Surf program by Dr Rob Brander picked up the Australian Government Eureka Prize for Promoting Understanding of Australian Science Research. Dr Brander, ‘Dr Rip’, has significantly improved the understanding of the science of surf hazards, through the program which includes a series of videos produced by UNSWTV.

The Digitalcore group, consisting of teams from UNSW’s School of Petroleum Engineering (Professor Val Pinczewski and Associate Professor Christoph Arns) and the Australian National University, won the Rio Tinto Eureka Prize for Commercialisation of Innovation. Building on a decade of research, Digitalcore is using supercomputing combined with high-resolution 3D scanning of oil-bearing rocks to come to the aid of the international oil and gas industry.

Click here for a full list of the finalists and their research. Read the story in the Sydney Morning Herald here.

Guardians of the surf