It's time for us to roll up our sleeves, establish collaborations between researchers with different areas of expertise, and use our data and theory to do something big, says Angela Moles. 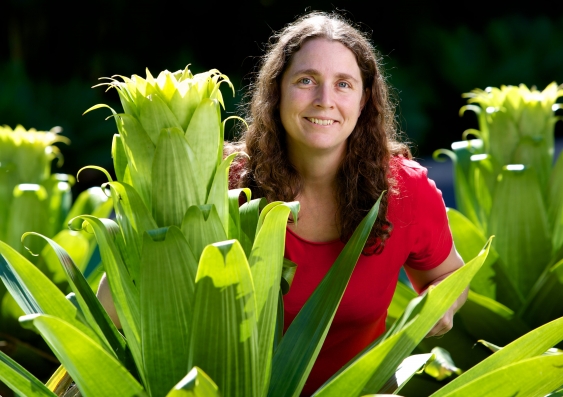 OPINION: Many of the theories that underpin our current understanding of ecology were developed in the 1960s and 1970s. At the time, computing power was extremely limited (I believe computers still used punch cards), and the amount of empirical data that had been collected in most fields was a tiny fraction of what we have available today.

Many crucial ideas from this era became widely accepted without being appropriately tested so in 2005, I set out to test one of these ideas – the idea that plants in the tropics lose more of their leaves to hungry animals than do plants at higher latitudes, and therefore have stronger chemical defences.

It has long been believed that because the weather is always nice and warm in the tropics, populations of herbivores (the animals that eat plants) would not be set back by harsh winters. This, combined with the longer time since glaciation in tropical systems is thought to have allowed a greater abundance and diversity of herbivores to accumulate in tropical areas, and thus the amount of tissue that plants lose to hungry herbivores was thought to be higher in the tropics.

Plants defend themselves against herbivores through a range of physical (such as spines, hairs and tough thick leaves) and chemical defences (cyanide, 1080, pyrethrum and strychnine are all naturally occurring compounds, so don’t believe anyone who tells you that because something is natural it is therefore healthy).

The greater pressure from herbivores was thought to have selected for stronger defences in tropical plant species. Like many of the ideas that became entrenched without proper testing, this idea makes a lot of intuitive sense, and when I set out I fully expected to confirm the existence of latitudinal gradients in herbivory and defence.

I tackled this project in two complementary ways:

I visited rainforests in the Congo, Peru and Panama, deserts in Israel, Australia and America, tropical dry forests in Argentina and Mexico, savannas in Zambia and South Africa, and tundra in Greenland, Alaska and Southern Patagonia.

It was, of course, an absolutely amazing time in my life. For some reason I kept track of the number of different beds I slept in during this odyssey: my tally at the end was 104, and I was completely cured of the desire to travel.

Our findings were a total surprise. Plants in the tropics did not experience greater losses to herbivores than did plants at high latitudes, and high latitude plants tended to be more heavily defended than were plants from the tropics.

These findings were completely counter to what we thought we knew – and it took both the meta-analysis of data from the literature and the results of the field study to convince other ecologists that we were right.

Our new theory is that if a plant lives somewhere like Greenland where the growing season is only a few weeks long, and water, nutrients, warmth and sunlight are hard to come by, then when it grows a leaf it can’t afford to lose it to a marauding musk-ox. It needs to invest in defences to make sure that it holds on to its precious investment. In a lush rainforest, growing a replacement leaf is just not as difficult.

Our findings also have implications for the search for new pharmaceutical compounds. Bioprospectors have traditionally focused on the tropics, thinking that this is where the interesting compounds were most likely to be found. Our findings suggest that they might be better off looking to the poles.

I suspect that ecology is not the only field in which ideas from the past have become accepted without appropriate testing. Researchers from all fields would do well to search out such ideas and give them a proper test.

If it turns out that a foundational idea is supported by data, then you will have a citation classic on your hands (because people will cite your evidence when they use the classic theory).

On the other hand, if your data provide strong evidence that the idea was false, then that is even more important. Your work will transform your field, clearing out misleading ideas and opening the way for new, better theories to take their place.

We are at a tremendously exciting place in science at the moment. The computational power and statistical techniques we have available to us are awesome, and the amount of information we have accumulated is mind-blowing – in part because technological advances have made gathering data on anything from genes to the global climate faster, cheaper and more accurate.

It has never been easier to collaborate with people half a world away. We are also faced with some really big multidisciplinary problems, like trying to predict which strategies will be most effective for managing ecosystems as they respond to global climate change. It is time for us to roll up our sleeves, establish collaborations between researchers with different areas of expertise worldwide, and use our data and theory to do something big.

Angela Moles is an Associate Professor in UNSW's School of Biological, Earth and Environmental Science and the recipient of the 2013 Frank Fenner Prize for Life Scientist of the Year.