Uncertainty about climate change should not be a reason for doing nothing; it should be an even stronger call for action, write Ben Newell and Michael Smithson. 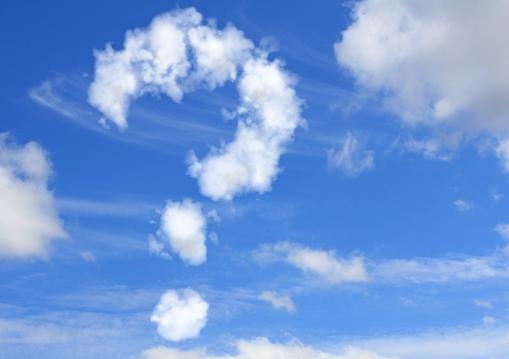 OPINION: If we’re not certain that the problem’s there, then … we shouldn’t take actions which have a high severity the other way.

This was the response from David Murray – then chairman of Australia’s Future Fund, now head of the government’s financial system inquiry – when asked about climate change in an ABC interview in November 2011.

On the face of it, his rationale might sound reasonable, and Murray is certainly not alone in voicing this kind of opinion. But our research shows that his logic isn’t right.

Our analysis shows why greater uncertainty about climate change increases the likelihood that the real-world effects will be at the more severe end of the scale.

In other words, uncertainty should not be a reason for doing nothing. It should be an even stronger call to action.

The dangers of uncertainty

Let’s briefly leave aside the fact that the case for action on climate change has grown significantly stronger in the two-and-a-half years since Murray made his remarks. Despite the growing urgency, the idea that we should wait for more certainty is still a popular one.

Should we wait for more certainty? Our analysis says no.

In two papers published in the journal Climatic Change (see here and here), we and our colleagues present an analysis of climate uncertainty and what it means for how the climate system might evolve over the coming decades.

Our analysis focused on uncertainty about “climate sensitivity”: the warming ultimately expected in response to a doubling of carbon dioxide levels relative to pre-industrial times.

Current estimates of climate sensitivity converge on 3C, with a range of about 1.5C to 4.5C. The key question is: what is the implication of this uncertainty? What would happen if the range of uncertainty were bigger or smaller?

Growing levels of uncertainty would make extreme outcomes more likely, even if all the forecasts are centred on an estimate of 3C temperature rise.

So more uncertainty means a higher chance of seriously adverse outcomes. But that’s not all – a wider spread of probability also makes it more difficult to prepare for an outcome that is slap in the middle of that spread.

Why does it work this way?

Perhaps the simplest way to think about it is to realise that uncertainty cuts both ways. One cannot only focus on the lower end of predictions about the impacts of increasing temperature; one has to consider the whole range.

For instance, if you can predict with absolute certainty that sea levels will rise by 50 centimetres, then it is a simple matter to build a levee that can cope with this.

But as soon as there is uncertainty about that estimate, it has a knock-on effect for mitigating action. We have found (also discussed here) that only a relatively small amount of uncertainty in estimates of sea level rise means building a levee almost twice as high as the one in the no-uncertainty scenario, to cope with the wide spread of possible outcomes. Ignoring the implication of this uncertainty means that a town or city’s flood risk will necessarily grow.

If we take the same attitude to reducing greenhouse gas emissions, then we can see how the problem of uncertainty necessarily drives the world towards more serious warming. Our ultimate conclusion is this: the more uncertainty there is about the evolution of the climate, the more urgently we should act.

Decision theorists have long been fascinated by how people react to uncertainty or ambiguity when facing choices.

In 1961, a decade before he found fame by making the Pentagon Papers public, US military analyst Daniel Ellsberg demonstrated the famous paradox that people dislike choosing options when they are not sure about the probabilities involved. In contrast, they are far more likely to take a risk when the exact odds of success are known – even if those odds are low.

This “ambiguity aversion” might therefore explain why Murray and others resist action to address the climate problem (although it might also be noted that risk is far more readily embraced in other spheres of public life, such as business and foreign policy).

Science, of course, is beset with ambiguity and uncertainty. Indeed, it might be said that anyone who demands certainty of scientists doesn’t really understand how science works.

This problem crucially applies to the Intergovernmental Panel on Climate Change. As Fordham University psychologist David Budescu and his colleagues have shown, people struggle to interpret correctly the language of uncertainty used in IPCC reports. For example, readers regularly underestimate what the IPCC means by the words “virtually certain”, and overestimate the meaning of “unlikely”.

These difficulties of interpretation and aversion to ambiguity are significant challenges to those trying to communicate climate change, because they reinforce another barrier to action on climate change: the idea of “status quo bias”. People overwhelmingly prefer the status quo to any alternatives, especially if those alternatives are unfamiliar or uncertain.

No excuse to do nothing

Overcoming these issues is incredibly important. As we have shown, ambiguity aversion is not an excuse to do nothing or to delay action. In fact, our analysis shows that if we are uncertain, there is even more reason to act.

More worrying is the active promotion of uncertainty as a means of spreading this aversion more widely. In his 2011 Quarterly Essay, La Trobe University politics professor Robert Manne took aim at elements of the media he said were deliberately sowing doubt:

In failing to see or refusing to admit the simple distinction between the basic theory of the science of climate change that is consensual (which of course does not mean unanimous) and those parts that are necessarily uncertain and subject to vigorous debate, great mischief and public confusion has occurred, either through calculated deception or an incapacity for clear thought.

To disregard the warnings and hide behind uncertainty is to buy into a false sense of security. Indeed, it is because of these “necessary uncertainties” that the time for clear thought and, more importantly, urgent action is now upon us – without a shadow of doubt.