Opinion Under the deep blue ocean: the search for MH370's black box

Finding the flight recorder from flight MH370 on the ocean floor will become a game of blind man’s bluff spread over thousands of kilometres, writes Erik van Sebille. 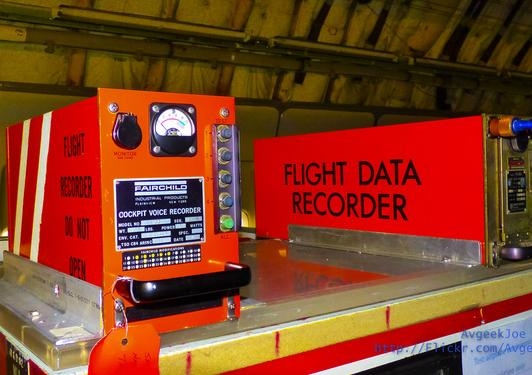 OPINION: As the effort to find Malaysian Airlines flight MH370 moves inexorably towards the recovery stage, the challenge of finding the plane’s flight recorder (called the “black box” even though it’s actually bright orange) on the ocean floor will become a game of blind man’s bluff spread over thousands of kilometres.

The inability to penetrate the darkness of the ocean has long been a major handicap for deep-sea exploration. It is why we know more about the surface of the moon than the bottom of the deep ocean.

In a nutshell, the problem is that seawater is opaque to electromagnetic radiation, such as radio waves, microwaves and X-rays. This means that almost none of our normal techniques to “see” over long distances can be used in the ocean.

As you go deeper into the ocean, it gets darker. People who have dived know that colours are quite different once you get to 20m deep. Red starts to look green and, eventually, everything gets greyer.

Once you get down more than 100m, the ocean is essentially pitch black – leaving almost 4km of darkness in most parts of the ocean – because light is absorbed in seawater.

It’s not only visible light that gets lost. All forms of electromagnetic radiation are sooner or later damped out.

Most of our techniques to remotely study objects (the moon, stars, but also clouds in the atmosphere or ships on the surface of the ocean) rely heavily on electromagnetic radiation. This type of radiation forms the basis of radar, GPS and essentially all telecommunication.

But oceanographers who want to study the deep ocean can’t use most common tools, such as satellites or radio waves.

The only signal that can travel through seawater is sound. Sound travels extremely well through seawater; much better than through air. This is why some whales and other marine animals can hear each other over thousands of kilometres.

It’s no surprise, then, that black boxes on aeroplanes have “pingers” that transmit a sound signal. But while sound travels long distances under water, it isn’t a very efficient way of transmitting information: you can’t pack too much information in it and it costs much more energy than electromagnetic radiation.

Another problem is that sound doesn’t travel in a straight line in the ocean and can reflect off sea mountains to create echoes, making it sometimes difficult to locate its origin. The speed and path of sound varies with temperature and salinity and it can bend up or down. In some extreme cases, it can even be reflected in the middle of the ocean.

In layers where the temperature and salinity change rapidly with depth, these layers act as mirrors and can cause some sounds to be completely lost. Naval submarines are extremely good at hiding themselves underneath these mirrors, making them all but invisible to ships on the surface.

Oceanographers have been struggling with this lack of a good way to transmit signals through the ocean for decades. It means that submarines can’t use GPS to get their position, and that data from subsurface instruments need to be either locally stored on logging devices (which then need to be retrieved) or transmitted via cables to land or ship.

What happens when the pings stop?

If the flight recorders can’t be found using the pinger, it is very likely the ocean floor will need to be scoured using sonar. Again, this is technology based on sound, but is not nearly as accurate as, for instance, radar or photography of the land surface.

The real dilemma for the search team is how high above the ocean floor to take the sonar “pictures”:

In this sense, it doesn’t help that we don’t have any good maps of the ocean floor already. If we had such maps, we could simply put post-plane crash maps on top of them and see where they differ. These locations could then be scrutinised for possible wreckage, and regions where there are no differences can initially be skipped.

The problems faced by the search time of the MH370 are very similar to those of the Air France AF447 flight that went down in the Atlantic Ocean in 2009. Back then, the search team was not able to locate the black boxes with a pinger signal.

The search took two years, and it was only through months of scouring the ocean floor with submarines and sonar that the black box was finally found.

Let’s hope MH370’s black box can be located sooner and provide some much-needed insight to the flight’s mystery.

Dr Erik van Sebille is a research fellow and lecturer in oceanography at UNSW.