Marine scientist Professor Emma Johnston is co-starring in Coast Australia, a new television series exploring the country’s coastline and telling the stories of the people and wildlife living there. 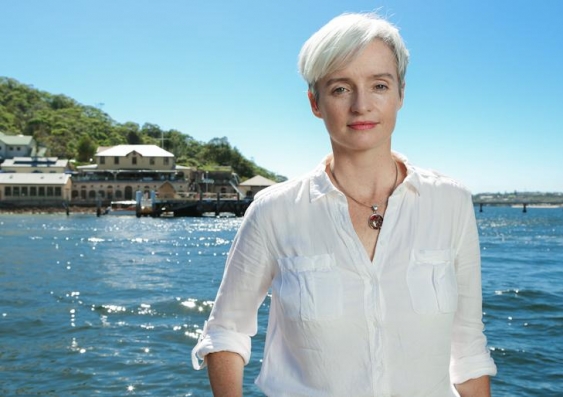 UNSW marine scientist Professor Emma Johnston is co-starring in Coast Australia, a new television series exploring the country’s coastline and telling the stories of the people and wildlife living there.

Hosted by Scottish archaeologist, Neil Oliver, and showing on Foxtel’s History Channel on Monday nights, the program is modelled on the highly successful Coast series in the UK.

The first Australian episode was on the Kimberley coast, in north-western Western Australia, and next week’s episode will focus on Sydney.

Professor Johnston, of the UNSW School of Biological, Earth and Environmental Sciences, is director of the Sydney Harbour Research Program at the Sydney Institute of Marine Science, and an expert in the effects of pollutants on marine life in the harbour.

“Humans have used oceans for water disposal for generations because they have little emotional attachment to what’s under the water. We need to get the political will and resources going to clean it up,” says Professor Johnston, who featured in an article in a recent issue of the UNSW magazine, Uniken.

The Sydney Harbour Research program is a 5 year, $10 million project that will provide the information needed to more effectively manage the harbour and its vast natural and economic resources.

Professor Johnston is currently on board an ice-breaker in the Southern Ocean, taking part in the Australian Antarctic Expedition - in the Spirit of Mawson - led by UNSW’s Professors Chris Turney and Chris Fogwill.

Other experts on the Coast Australia program include Professor Tim Flannery and anthropologist Dr Xanthe Mallett.