UNSW sparkles at Scientist of the Year awards

Five distinguished UNSW researchers have been recognised for excellence across three very different categories in this year's New South Wales Scientist of the Year awards. 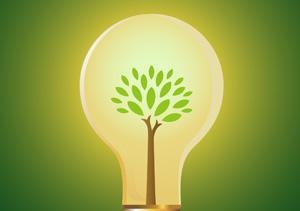 Five distinguished UNSW researchers – four of them from the Faculty of Science - have been recognised for excellence across three very different categories in this year’s New South Wales Scientist of the Year awards, announced last night.

“All of this year’s category winners are among our State’s leading lights in areas such as environmental sciences, biomedicine, plant and animal research, engineering and ICT, emerging research and teaching,” said the NSW Chief Scientist and Engineer, Professor Mary O’Kane. “Each winner is making a crucial contribution to the future of NSW.”

The award for Excellence in Mathematics, Earth Sciences, Chemistry and Physics was jointly given to:

- Professor Chris Tinney – is a Professorial Fellow and astronomer in the School of Physics and heads the Exoplanetary Science at UNSW, within the Australian Centre for Astrobiology.

The award for Excellence in Biological Sciences (Plant, Agriculture and Environment) was also a tie, between:

- Dr Angela Moles – is an Associate Professor in the School of Biological, Earth and Environmental Sciences (BEES). She heads the Big Ecology Lab

- Associate Professor Emma Johnston is a marine scientist in BEES and the Sydney Institute of Marine Science. She studies human disturbance of marine communities.

The award for Excellence in Engineering and Information and Communications Technologies:

- Scientia Professor Andrew Dzurak, of the Faculty of Engineering, is a team leader at the ARC Centre of Excellence for Quantum Computation and Communication Technology.

The Deputy Premier and Minister for Regional Infrastructure and Services, Mr  Andrew Stoner, said the NSW Government recognised the importance of innovation and research in creating smarter, more productive industries that drove economic growth and generated jobs for the State.

“The NSW Government provides a range of financial support and services for ground-breaking research facilities, infrastructure and projects,” he said.

“For example, in this year’s budget the NSW Government committed $13 million towards a new Research Attraction and Acceleration Program (RAAP). The RAAP will enhance the State’s research and development capacity by increasing the competitiveness of Commonwealth and other funding bids made by NSW researchers.

“However, these and other government initiatives are only effective because of the passion and innovation of our State’s scientists, engineers, researchers and teachers such as those honoured at this year’s NSW Science and Engineering Awards.

Each category winner receives a trophy and a $5000 prize.