UNSW has finalists in seven categories of the Australian Museum Eureka prizes – prestigious national awards dubbed the 'Oscars of Science'. 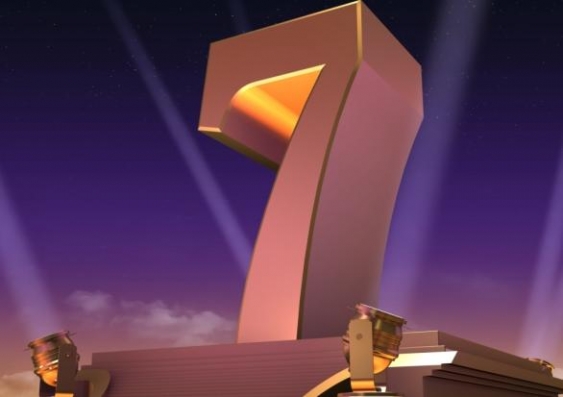 Outstanding UNSW scientists in evolution, quantum computing, climate change and biodiversity conservation are among those vying for the 15 prizes worth a total of $150,000, which have been dubbed the “Oscars of Science”

Winners will be announced at the award dinner at Sydney Town Hall on Wednesday 10 September.

The UNSW nominees are:

Scientia Professor Michelle Simmons, Director of the ARC Centre of Excellence for Quantum Computation and Communication Technology, is nominated for the prize for Leadership in Science. She heads a team of more than 180 Australian researchers whose ground-breaking work has opened a new frontier in computing and electronics, placing Australia at the forefront of this research field.

Associate Professor Darren Curnoe, a specialist in human evolution in the School of Biological, Earth and Environmental Sciences, is nominated for the prize for Promoting Understanding of Australian Science Research. Through documentaries, regular radio appearances, a blog, media commentary and articles in The Conversation and elsewhere, he has had a major influence on public understanding of human origins.

Professor Steven Sherwood, of the Climate Change Research Centre, is nominated for the prize for Scientific Research. He has made crucial advances in the understanding of Earth’s climate by addressing two important questions: By how much will the world warm in future? And how readily could we adapt?

Professor David Keith, of the UNSW School of Biological, Earth and Environmental Sciences and his team in the International Union for the Conservation of Nature, are nominated for the prize for Environmental Research. They developed the IUCN Red List of Ecosystems – the first global standard for assessing ecosystems at high risk of degradation around the world.

Scientia Professor Justin Gooding, of the School of Chemistry, Professor Katharina Gauss, of the Faculty of Medicine, and Dr Peter Reece, of the School of Physics, are nominated for the prize for Excellence in Interdisciplinary Scientific Research. They have developed an optical device that can monitor the activity of a single living cell, with wide-ranging applications in drug discovery, toxin detection and personalised medicine.

Dr Lisa Alexander, Dr Sarah Perkins and Dr Markus Donat, of the Climate Change Research Centre – dubbed The Extremes Team – are nominated for the prize for Outstanding Early Career Researcher.  Led by Dr Alexander, they have made major advances in assessing the long-term global trends in both temperature and precipitation extremes.

Professor Maree Teesson, Director of the NHMRC Centre of Research Excellence in Mental Health and Substance Abuse, is nominated for the prize for Outstanding Mentor of Young Researchers. Her vision, drive, compassion and care have made her an outstanding mentor of the next generation of researchers, placing Australia at the international forefront of this discipline.