Opinion Venus nears its moment in the sun, but what’s a transit anyway?

People all over the world are gearing up to witness this century's final transit of Venus, as it passes between Earth and the sun, writes Jonti Horner. 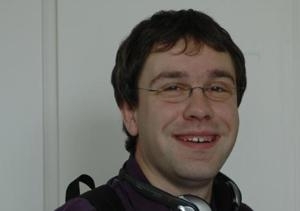 OPINION: As you’re reading this, people all over the world are gearing up to witness this century’s final transit of Venus. Over a period of around six hours and 40 minutes tomorrow, from early morning until the early afternoon, Venus will be silhouetted against the sun, slowly making its way from right to left, across the lower (northern) half of the sun’s disk.

But what is a transit and why is it causing so much excitement?

There are a number of astronomical phenomena that are all, essentially, the same thing. You have two objects, one closer to the earth than the other. If those two objects are moving in such a way that one passes in front of the other, you get either an occultation, where the foreground object appears to be larger in the sky than the background object, or a transit.

In the case of a transit, the foreground object is typically much smaller than the object it’s passing in front of. So, for a transit of Venus, Venus passes between Earth and the sun and blocks out part of the sun’s light.

Transits don’t just happen in our solar system. If they’re aligned correctly, planets orbiting other stars will transit their hosts, causing those stars to occasionally “wink”, dimming by a tiny amount while the planet passes in front of them, then brightening again once it departs.

That’s how the Kepler satellite has been finding so many exoplanets, such as Kepler-22b and Kepler-16(AB)b, the closest thing to Star War’s Tatooine yet discovered).

Now you see it, now you don’t

Since Venus lies closer to the Sun than the earth, one Venutian year is somewhat shorter than one earth year – clocking in at just under 225 days. The upshot of this is that, every 584 days (a time-span referred to as Venus' synodic period), Venus undertakes Earth, passing between it and the sun.

So why don’t we see a transit of Venus every 584 days?

Unfortunately, the orbits of Earth and Venus aren’t perfectly aligned – that of Venus is tilted by about 3.4 degrees to our own. This means that, if we were to look at our solar system from beyond the Earth’s orbit, lying in the plane of our orbit (known as the ecliptic), we’d see that Venus spends roughly half its time above our orbit, then dives through the plane to spend the next half of its orbit below the plane of the ecliptic.

Normally, then, when Venus passes between Earth and the sun, it will be significantly above, or below, the plane of Earth’s orbit, hence, will pass above (or below) the sun in the sky – and no transit will be visible.

Transits can only occur when Venus undertakes Earth at just the same moment that it is crossing through the plane of the ecliptic – either passing from above to below, or from below to above.

These events currently happen in pairs, with two transits happening eight years apart, with each pair separated by over a hundred years.

The most recent transit of Venus, the first of the current pair, was visible back in 2004. The ones before that happened in 1874 and 1882.

Cool science with the 2012 transit

Astronomers across the planet are gearing up to do some interesting experiments using this year’s transit of Venus. Some aim to recreate an old experiment, and will use the transit to re-measure the distance from Earth to the sun – an experiment that anyone can get involved with!

The Hubble Space Telescope will be looking at the moon during the transit, using our satellite as a giant, poor-quality mirror to attempt to see if they can work out what Venus' atmosphere is made of.

This might sound a bit redundant – after all, the Russians landed spacecraft on the surface of Venus in the 1970’s and early 1980’s, and the planet’s atmosphere has been heavily studied. But the trick here is that Hubble’s use of the moon as a mirror is an attempt to observe the transit of Venus as though it were the transit of a distant Earth-sized planet across a sun-like star.

During the transit, some of the sun’s light will pass through the upper layers of Venus' atmosphere, which will absorb some of that light, at certain specific frequencies dependant on the constituents of its atmosphere.

If astronomers manage to disentangle the signal of Venus' atmosphere from the sun’s spectrum (as observed via the mirror of the moon), and can match it to what we know about Venus' atmosphere, it will offer great promise for using the same technique to probe the atmospheres of transiting planets orbiting other stars.

It may also, one day, lead to the study of the atmosphere of an Earth-like planet around a distant star.

The sun is currently approaching solar maximum – which means it’s currently afflicted with a number of sunspots.

Another experiment astronomers hope will benefit their studies of transiting exoplanets is to follow the transit as though it were an exoplanet transit – measuring the slight dip in the sun’s light as Venus passes in front of it.

The previous transit, back in 2004, happened when the sun was fairly quiescent, without any major sunspots on its disk. But we know that many other stars are acne-ridden, covered in far more star-spots than our relatively smooth-faced sun.

Comparing the way the sun’s brightness varies during this transit to how it varied back in 2004 will help astronomers get a better grasp on how star-spots influence their observations of transiting exoplanets.

How can I observe the transit?

First, a word of caution: if you’re going to try to observe the transit, remember: never look directly at the sun with the naked eye or through a telescope, binoculars or a camera – that’s a surefire way to cause yourself serious eye damage.

Fortunately, there are a number of safe ways to enjoy the transit, as you’ll see in this piece, and this one, previously published on The Conversation.

The simplest is to go along to one of the many events being held to celebrate and observe the event. Most universities and astronomical societies will be putting on special events for people to go along to and observe.

There are also plenty of websites that can teach you how to make a “pinhole projectors”, such as this simple demonstration, which was produced for the total solar eclipse that was visible from the UK in 1999.

Whether you chose to go watch the transit at a big event or intend to view it from home, I’d really encourage everyone to try to see it.

Dr Jonti Horner is a Postdoctoral Research Fellow in the Department of Astrophysics, UNSW.

This opinion piece first appered in The Conversation