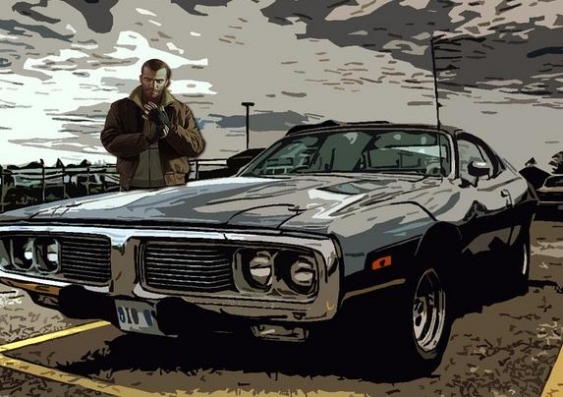 OPINION: Are video games societal microcosms wherein deviant behaviour flourishes and spills into “real life”? Or are they just harmless fun in which nobody really gets hurt? This endless debate usually concerns violent games; so much so that many are now inured to the discussion. But a disturbing hack involving sexual assault in Grand Theft Auto 5 (GTA5) threatens to achieve the impossible: swaying the opinion of gamers themselves.

What is a mod?

Videogames let players simulate being almost anyone: a battle-hardened soldier (Call of Duty), a boy navigating his father’s alcohol addiction (Papo & Yo), and even a god (Populous). This is part of gaming’s appeal.

Often, when games lack some aspect players wish existed, hackers in the community create a modification (or mod) that allows them to add the desired feature. Hackers find ways to modify the game’s protected computer code, usually to grant players more control.

Mods can bestow aiming assistance, unlimited ammunition, or the ability to see through walls. Developers respond by levelling the playing field, often by placing all players using the same mod onto a single server so they only play against one another.

Modding, however, can also have several benefits, and one of these is the power to expand the developer’s vision or make a political statement. Last year a father swapped Mario and Pauline in Donkey Kong so that his daughter could play as a female protagonist. Such mods are not uncommon and they can be a powerful tool in which to explore issues surrounding gender.

The fact that mods can, by shifting the possibilities for interaction, lead to powerful inferences about social living, makes the recent GTA5 mod interesting.

When is a world open enough?

In the Grand Theft Auto games, protagonists navigate a criminal underworld. The virtual world is open, with players able to perform an almost endless variety of behaviours. Many of these are violent or sexual in nature, for which players earn rewards.

It seems, however, that too many options are barely enough for GTA5 gamers. After the release of GTA5 last September, there were discussions about whether players should be able to rape within the game. Wisely, Rockstar Games, the game’s developers, did not take this suggestion on board.

But hackers did. They created a mod that allows a user to enter another player’s game, often as a naked or near-naked man, lock onto another player and then thrust persistently back and forth. All players can equally fall victim, regardless of character or player gender. And there is no way to prevent or stop an attack.

Players are recording the virtual rape on their computers, and uploading it to YouTube, as well as other popular social media networks. Through these videos it is abundantly clear to see that virtual rape is indeed occurring in the game.

What can we learn?

It’s worth being clear that comparisons between this sort of virtual assault and rape are inherently limited, particularly with respect to their consequences. But can the fact that this mod exists teach us anything new? More to the point, can it teach gamers anything at all?

Discussions about rapists' motivations often polarise between sex and power. American journalist Susan Brownmiller’s Against Our Will: Men, Women and Rape (1975) remains a foundation of the view that rape is all about power and not in any meaningful way about sex.

And yet the importance of power does not logically exclude a sexual dimension. From time to time, arguments surface, usually to great controversy, that rapists motivations are also, or even mostly, about sex.

The new mod in GTA5 and similar developments in other games certainly underline the importance of power, and especially the powerlessness of those victimised.

Grand Theft Auto, as a game, was already all about both power and a violent, coercive view of sex. Players get all the power and control they might desire. The mod removes that power in a most humiliating way. The largely male gaming population playing GTA5 virtually experience a small taste of the helplessness of being sexually assaulted.

The humiliation is amplified when videos of the assault get posted online. Many commenters on YouTube videos and Reddit threads appear to find the whole thing humorous. They appear to view these assaults as “simply part of the game”, a chance to explore a new dimension of the gaming experience.

For others, the assaults, and the fact that they cannot be stopped, have destroyed their enjoyment of the game and caused much distress. It will be interesting to see how the responses of both male and female gamers unfold over the coming weeks. For now, Rockstar is not commenting on what cannot be anything other than a disturbing and unwelcome development.

This isn’t the first time something like this has happened. Kim Correa wrote of an even more harrowing experience she had playing DayZ. In this post-apocalyptic third person shooter game, it is not unheard of to be held down, have a bag put over one’s head and be forced to perform unwanted behaviours. One’s character also cannot respawn until the current incarnation dies. As a result, victims are forced to watch and endure what is being done to their characters.

The dark side of gaming

Here there are parallels to the harassment that women and girls receive in the gaming community both while gaming and in the game industry. Its hard to see how the mod in GTA5 could make the game anything but a more dangerous and undesirable space for female gamers, as well as for less aggressive and dominant male gamers to inhabit. Is this the point?

Perhaps the most controversial, and arguably the most famous part of Susan Brownmiller’s thesis in Against Our Will, is her assertion that rape is about the power that men as a class exert over women as a class:

rape is nothing more or less than a conscious process of intimidation by which all men keep all women in a state of fear.

It’s the most succinct encapsulation of the idea that all men - whether they contribute directly or not - benefit from sexism, inequality and gendered violence. Controversial, because many men and women disagree. It’s the kind of debate that defies resolution, visible recently in the hashtag war between #notallmen and #yesallwomen after Elliot Rodger’s killing spree.

Is it possible that developments like the GTA5 mod provide an opportunity to observe, at one remove from “real life”, not only how humanity’s most repellent behaviours spread through (virtual) societies, but also the effects they have on social dynamics?

It’s important to explore such questions, especially since we are on the verge of virtual reality where experiences feel more real and encompassing.

Should society and developers set limits to what players experience to ensure positive experiences for all? Or will this be a continuous war of attrition where limits are there only to be challenged thus leading to a virtual world that mimics real-life experiences.

Michael Kasumovic is a lecturer and ARC DECRA Fellow at UNSW.

Gender segregation in e-sports is indefensible. And yet …