Opinion We need Australia’s land to go beyond zero emissions

Australia’s economy needs to move beyond zero emissions and into the ‘negative emissions’ if we are to avoid the worst ravages of a changing climate, writes Stephen Bygrave. 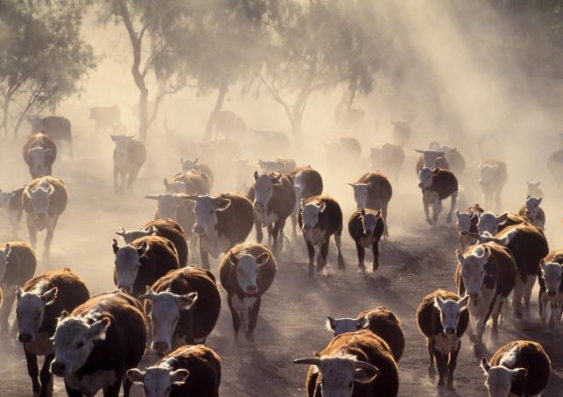 OPINION: There were two important events in the climate calendar last year that were hidden by the announcements around the G20 by the US, China and India.

One was the recent shift from the UN Environment Program and UN Framework Convention on Climate Change to talking not only of zero emissions, but of negative emissions – of going beyond zero emissions. This is an area Beyond Zero Emissions (BZE), the University of Melbourne and University of New South Wales have been researching and providing pathways towards for some years. What was once seen as ‘radical’ has now become mainstream by respected international organisations.

So far, the research has highlighted solutions to reducing carbon pollution across various sectors (energy, buildings, transport), and mapped out ways in which these sectors can move to zero emissions, thus ensuring they and associated businesses remain relevant on a viable planet.

Last year, one piece of research demonstrated not only how to move to zero emissions, but how to move Australia’s economy beyond zero emissions – into the ‘negative emissions’ UNEP and UNFCCC have outlined as necessary to avoid the worst ravages of a changing climate.

There’s a gap in the Australian identity which has been formed out of a history of relying on the land for economic growth. In the changes to the natural landscape to make way for agriculture over the past 200 years, by rugged people conquering a ‘harsh’ landscape; by struggle and dust and livestock.

Most Australians have never been to ‘the bush’ or ‘the outback’. Many would probably prefer a jaunt in Asia. And this disconnect, between how we have seen ourselves and how we actually are, has meant we have kept romantic notions of rural Australia intact whilst never actually engaging with it, or perhaps even wanting to.

This disconnect could impact heavily on Australia’s role in reducing carbon pollution. Because it’s out here, amongst the trees and the paddocks, that the real work in addressing climate change must happen. It’s out here that the carbon pollution genie can be put back in the bottle. And out here is the only place that it can happen.

Left unchecked, climate change will result in more droughts, floods and bushfires. Farmers in NSW and Queensland are yet again suffering though extended drought. Increasingly, sons and daughters do not want to take on the family farm. Rates of depression and suicide are high.

Left unchecked, the way we use land in Australia could be responsible for as much as half of all emissions in this country. This is a far call from the substantial attention placed on the energy and transport sectors in achieving emissions reductions.

Dealing with emissions reductions on the land is sensitive stuff. We need farmers, land management groups, Indigenous peoples and others with experience on the land to solve this issue. It requires social and economic transformation.

Whilst the ‘locavore’ movement has galvanised people to cut their ‘carbon miles’ by buying from local producers, it will take more than that if we want to keep agriculture viable in this country.

It will take a reduction in the amount of meat people eat regularly. Eating less red meat will have a huge impact. Reducing herd size by 20 per cent will equal a reduction of eleven million tonnes of greenhouse gas pollution every year.

It will mean embracing new technologies and methods that keep topsoils intact; allowing native vegetation to grow alongside crops and livestock; changing the way we burn savannah landscapes in the northern regions of Australia.

We need to let go of the idea that Australia could become Asia’s foodbowl. It can’t. Not now, and definitely not in a future where our growing areas are constrained by a changed climate.

Leaving existing forests and woodlands to soak up carbon pollution rather than add to it will also play a key role. If left to recover from clearfell logging, the native forests of south east Australia can sequester as much as 7.5 billion tonnes, or ten years worth of carbon pollution.

This is a challenging issue, but one that must be addressed if we are go beyond zero.

Dr Stephen Bygrave is an Adjunct Professor in Science at UNSW.

This opinion piece was first published in Renew Economy.