Opinion We should have been prepared for the Fukushima tsunami

A year on from Japan's devastating earthquake, attention is on the recovery effort. But many scientists, and the Japanese themselves, are more concerned about when the next tsunami will happen and how big it will be, writes Professor James Goff. 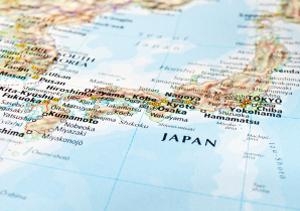 OPINION: A year ago the Tōhoku-Oki earthquake and resultant tsunami hit the Japanese coastline, triggering the Fukushima nuclear reactor disaster.

A year on, many questions are being asked about how bad conditions really are one year after the disaster, and how long it will be before Japan truly recovers.

All of these are very reasonable questions. But what many scientists are keen to learn, and what the Japanese people would also like to know is: when is the next tsunami going to happen? How big will it be? And where will it come from?

These are three big questions that we at the Australia-Pacific Tsunami Research Centre at the UNSW are trying to help our Japanese friends answer. We have several new ways to assist them with this work, and it is a great honour to be asked to help.

Our work is all about finding evidence for past tsunamis in places where that evidence is hard to find. In Japan, sadly, evidence of the 2011 tsunami is easy to find. This also means less effort is spent trying to establish the details of past tsunami events.

If you dug a hole in the middle of the Sendai Plain – the place made famous by the helicopter footage of the rampaging tsunami (see above) – you would find a layer cake of soil and sand. The bulk of this layer cake is made up of sediment from old tsunamis, sitting on layers of old soil, formed on top of sediment from old tsunamis, sitting on top of old soils … and so on.

The tsunami sediment is sand – grey or yellow – while the soil is dark brown. On the Sendai Plain, there are at least three distinct layers of sand beneath the sediment from the 2011 tsunami.

As you can see, one sediment layer is quite thin, another thicker and another still is a bit broken up and hard to see properly. Sadly, while the thickness of the various layers tells us how much sediment they were carrying, it reveals nothing much about the size of the tsunamis themselves.

Further, while sand from the 2011 tsunami was deposited approximately 2.8km inland, the tsunami itself traveled inland nearly 5.0km. In other words, sand deposits don’t always tell us much about how far tsunamis go inland.

To determine the extent of past tsunamis, you need to examine what you might call the invisible (at least to the naked eye) deposits – the microscopic one. This means employing some fancy scientific techniques that are labour-intensive and not always cheap. By analysing a tsunami’s microscopic deposits you can trace it inland, often well beyond its sediment deposit.

A tsunami is, after all, a lot of seawater, and you can still see the effect of that seawater, even in the absence of sediment and all the debris that it carried. In many places seawater has managed to kill the vegetation and even put paid to rice-growing for at least a year and maybe even two.

The ability to trace these older tsunamis further inland is not a silver bullet – there are always complications and limitations to any scientific technique. But what it does do is give us a better picture of how big these earlier events were.

Japan is one of the best tsunami-prepared countries in the world, which is one of the reasons the world is still reeling from the 2011 event. “If this could happen to Japan, what about us?”

Well, with the aid of our scientific toolbox for understanding past events, we have started to realise that many past tsunamis were actually larger than was previously thought. If we had been armed with this knowledge, we could have been better prepared for last year’s event.The same is true for all coastal nations, not just Japan. We can all do more to be ready, and we need to do so. Hopefully once we at the APTRC have completed our work – in collaboration with our Japanese colleagues and others from around the world – Japan will be better equipped to cope with the next big tsunami. But here in Australia, we’re still on track to be caught out, because we haven’t done the work to prepare for such an event.

The more sedimentary analysis we do, the better our understanding will be of prehistoric seismic activity, not only in Japan, but around the Asia-Pacific region. For instance, the more data we gather, the more we’ll know about where older tsunami events originated.

Sometimes in my work I feel like a kid playing in a sand pit, but at least I’m starting to understand that sand. I will continue to “play” as long as the information we dig up can be used to help countries, communities and individuals to be ready for the next tsunami event.

The key questions about those future tsunamis are – how big, how often and where from? Until we truly understand those questions, we’ll never be fully prepared. So we keep gathering evidence – and at the beginning of the entire chain of evidence you will find me, somewhere in the Pacific, digging another hole in the sand.

Lives at risk from tsunami apathy