Weeds in the UK are still evolving hundreds of years after their introduction and are unlikely to have reached their full potential as invaders, UNSW scientists have discovered. 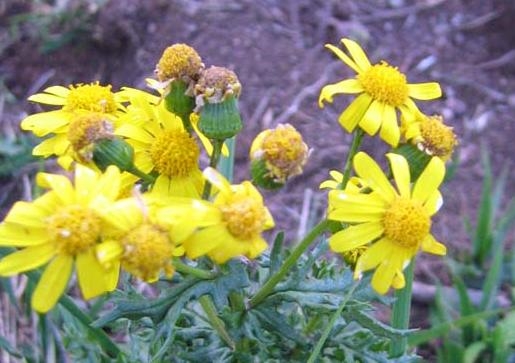 Weeds in the UK are still evolving hundreds of years after their introduction and are unlikely to have yet reached their full potential as invaders, UNSW scientists have discovered.

The study is the first to have tracked the physical evolution of introduced plant species from the beginning of their invasion to the present day, and was made possible by the centuries-old British tradition of storing plant specimens in herbaria.

The research team, led by Habacuc Flores-Moreno, looked at three common weeds – Oxford ragwort, winter speedwell and a willow herb – which were introduced to the UK as long as 220 years ago.

The results are published in the journal Biological Invasions.

“We found the weeds are getting better and better adapted to life in their new environment, so they will presumably become even more problematic invaders as time goes on,” says team member, Professor Angela Moles, an ecologist in the UNSW School of Biological, Earth and Environmental Sciences.

“Britain has a very long and venerable tradition of collecting plants and storing them in herbaria, which is why we carried out our research there. But the findings are also relevant to Australia because we have weedy species here that are in the same biological families.

“Our evidence also shows that about 70 per cent of weeds in the state of New South Wales have undergone substantial changes since they were introduced,” Professor Moles says.

Senecio squalidus, or Oxford ragwort, was introduced into the UK from Sicily and was first recorded in the wild in 1794. This yellow daisy has spread widely including along the railway lines of Britain. Australia has a wide range of other Senecio species present.

Veronica persica, or winter speedwell, is native to Eurasia and was first recorded in the UK in 1826. It is present in Australia.

Epilobium ciliatum, a willow herb that is native to the Americas was first recorded in in the UK in 1891 and is also present in Australia.

Flores-Moreno, now at the University of Minnesota, sampled 505 specimens of the three weeds kept in herbaria from institutions including the Natural History Museum, Oxford University, Cambridge University and The Royal Botanic Gardens Kew.

Changes throughout the centuries in leaf shape, leaf area and plant height were measured – features which reflect how plants adapt to new water, nutrient and light conditions.

The Oxford ragwort underwent about a 20 per cent increase in both leaf area and plant height in the period since its introduction.

The leaves of the winter speedwell became rounder and 17 per cent smaller, while plant height increased by 14 per cent.  And the willow herb showed a 50 per cent decrease in leaf area.

“The change in the species’ traits seemed to happen in spurts. And all three invasive species showed evidence of change in at least one trait during the last 50 years,” says Professor Moles.

“The capacity to keep changing long after being introduced could allow invasive species to spread to more and more diverse environments, leading to novel species interactions.”