Opinion What is ‘carbon pollution’ and why are we trying to stop it?

The only sure way to stop the buildup of greenhouse gases in the atmosphere is to curb carbon dioxide emissions, write Steve Sherwood and Laurie Menviel. 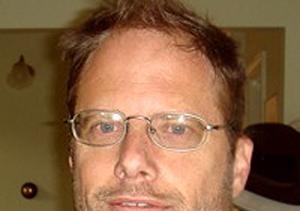 OPINION: You’ll doubtless have heard Australia is introducing a “carbon tax” this Sunday to reduce “carbon pollution”. What is being controlled is not just any carbon but emissions of a specific gas, carbon dioxide. Carbon (element 6) is central to biology, a key element in fuels, and useful for making high-tech car parts and tennis racquets. When anything with carbon in it is burned, most of the carbon atoms end up combining with two oxygens to form “carbon dioxide” (CO2).

CO₂ is a powerful greenhouse gas; the more there is, the warmer the climate. It has always been there and is crucial to keeping our planet warm and comfy. However, its content in the atmosphere is now reaching values unprecedented in human times.

During the last million years, as Earth’s climate was oscillating between glacial and interglacial states, atmospheric CO₂ naturally varied between 180 and 280 ppmv (parts per million). Since the 19th century, human activities have released more CO₂ into the atmosphere, which reached the 400 ppmv milestone last month.

How did we do that? Human activities generate CO₂ through deforestation, land clearing, and (mainly) burning fossil fuels. Over many millions of years, geologic processes store carbon away in the form of plants and animals which slowly change within the Earth into fossil fuels (gas, coal, petrol). However, human activities turn this carbon into carbon dioxide and put it back into the system, and fast – about 30 billion metric tons of CO2 each year, enough to create a layer over 1 centimetre thick covering the entire Earth.

Continued trends would eventually transform the planet, with well over 1000 ppmv of CO₂ and global temperature increases of 5-10 degrees by 2300 or sooner. Well before that point, increasing ocean acidity (when the ocean absorbs extra CO₂, it combines with the oxygen in the water to form carbonic acid) and higher temperature would devastate the world’s reefs.

A “fact” offered up by contrarians is that humans only account for 3% of carbon dioxide sources, with the rest coming from animals and decaying plants. An analogy helps to understand a key subtlety behind this bit of misinformation.

Say you have a pond in the back garden, with a big fountain that carries 30 litres of water per minute drawn from the pond itself. It could run forever with no effect. However, your neighbour is draining some unwanted water into your pond, one litre per minute and says “not to worry” because it’s only 3% of what the fountain is delivering. The seemingly small contribution from your neighbour adds new water to your pond, which is now flooded.

The natural “sources” of CO₂, shown in the figure below as arrows coming from vegetation, soils and the ocean, are the “fountain” of the carbon cycle. They are large, but merely return CO₂ recently drawn from the atmosphere.

There are, of course, natural sources (and sinks) of “new” water for the pond: rain and evaporation. But these are much smaller. Over long periods of time, the level of water in your pond might change quite a lot due to changing weather or the seasons, but it won’t change much in a day.

Likewise, carbon sources from volcanoes or the deep ocean are minuscule compared to what we now produce, even though given millions of years, they too can transform the world’s climate and have done so in past eons.

Unfortunately, there is little prospect of removing CO₂ from the system once it is emitted, except by processes that are hopelessly slow. There might be strategies to shift more of it from the atmosphere into soils or the ocean, but to a limited degree, with likely side effects, and in ways that could prove temporary. The only sure way to stop the buildup would be to stop the emissions.

Steve Sherwood is a Co-Director at the Climate Change Research Centre at UNSW. Laurie Menviel is a post-doctoral research fellow at CCRC at UNSW.