Opinion What are the chances that your dad isn't your dad?

Questions of paternity tap a deep well of human insecurity, writes Rob Brooks, who has consulted on a new documentary series on the issue. 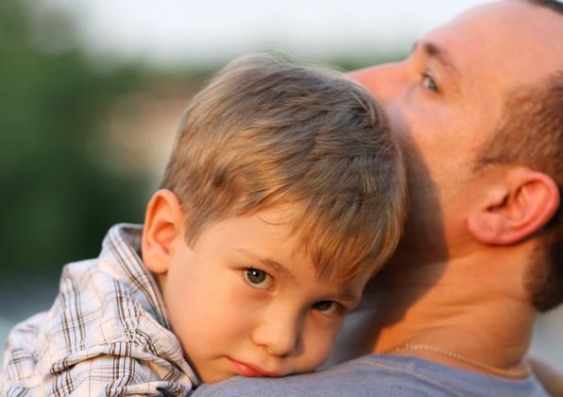 OPINION: How confident are you that the man you call dad is really your biological father? If you believe some of the most commonly-quoted figures, you could be forgiven for not being very confident at all. But how accurate are those figures?

Questions of paternity are built over the deepest well of human insecurity, for children searching to know who they are, for fathers wanting to know whose kids they are raising and for mothers uncertain about the strength of the bonds holding their families together.

I consulted on an episode of SBS’s Tales of the Unexpected documentary series, “Who’s Your Daddy?” (screening this Sunday April 20) which looks at the issue in some detail.

The program explores the question of paternity certainty, combining three moving tales – each involving a DNA paternity test – with a poll of sexual behaviour in Australia and the US and an exposition of why uncertain paternity presents such a sensitive issue.

One of the three?

How many children are the genetic offspring of someone other than the guy who thinks he is the father?

If you have read, heard or watched anything on this question, you will have encountered many estimates, from 9% to more than 30%. The idea that almost one in three people might be the result of what we biologists rather matter-of-factly call “extra-pair copulations” titillates and horrifies in equal measure.

These estimates surprise most people when they first hear them. So much so that the numbers tend to stick in our minds. But do these numbers bear any truth?

The problem with most data on paternity is the near impossibility of obtaining an unbiased sample. A paternity clinic, for example, is a bad place from which to estimate the rate of misattributed paternity. Many clients are there because at least one party isn’t convinced.

Likewise, any study recruiting families – however randomly – might have more success recruiting mothers who harbour no doubts about their children’s paternity.

Swinburne University sociologist Michael Gilding, who also appears in the SBS program, has thoroughly researched the origins of the popular belief that 10% to 30% of paternities are misattributed.

He traced the source of the high estimate – 30% – to the transcript of a symposium held in 1972 in which British gynaecologist and obstetrician Dr Elliot Philipp mentioned an estimate from a small sample of parents.

This brief conversation took on a life of its own, despite the fact that Dr Philipp never published the findings of his study. As a result, his precise tests and his population sample were never identified.

Of the many studies that have attempted to estimate the rate of misattributed paternity, the higher estimates have tended to grab headlines, whereas more modest estimates sink without trace.

Evolutionary psychologists, according to Gilding, are so invested in their ideas about the nuanced mating decisions women make that they overestimate how often women mate outside their long-term relationships. My impression is that this may be an accurate assessment of some headline-grabbing research but not universally true of the field.

Fathers' rights groups represent men negotiating the heartbreak of family break-up. Some such groups also host strident activists propelled by a conviction that the law and society have been utterly corrupted by feminism, gynocentrism and misandry.

The blogs and forums of this netherworld amplify any finding, however flimsy, implying that women are rampantly promiscuous or cynical swindlers looking to part men from their hard-earned cash or dupe them into caring for kids that don’t bear their DNA.

They call this “paternity fraud” and some claim it is “worse than rape”.

You won’t find on their websites a critical analysis of the sampling methods or techniques used to estimate paternity misattribution rates, just titanium-reinforced convictions that 25% to 30% of children are being raised or supported by the “wrong” guy.

Why does it matter?

In the ever-dynamic game of sexual relations, the one factor that has always weighed decisively in the favour of womankind is the secure knowledge that she is the mother of her children. According to an old aphorism: “Maternity is a matter of fact, whereas paternity is a matter of opinion.” At least it used to be.

Fast-moving developments in molecular biology make paternity testing faster, cheaper and more accurate than ever before. Analysis of foetal DNA in the mother’s blood enables paternity assignment as early as eight weeks into a pregnancy.

Interweaving strands of evolutionary research suggests that paternity confidence forms part of the glue bonding men to their children and to the women who bore them. Undermine that confidence and men invest less readily in the subsistence and safety of their families, and become more likely to abscond.

That is not to say that all men are calculating Darwinian cynics. Many men make magnificent fathers to children that do not bear their DNA. But men get immoderately touchy about paternity. Insecurity over paternity has tectonically shaped much that is least admirable about male behaviour and twisted societies.

But knowledge about paternity can be empowering. It can reassure an uncertain father. It can vindicate an impugned mother or assist her in a paternity suit. And it can help a child understand who they are and where they come from.

So how many children are sired by someone other than “Dad”?

Population-wide random-sample DNA testing remains financially and ethically unviable. But to understand some of the behaviours that might lead to paternity misattribution, the SBS documentary producers commissioned Roy Morgan Research to poll samples of Australian and American women.

They asked a number of questions including whether they had conceived a child at a time when they had multiple sexual partners? I was surprised that no more than 2% of women admitted to this.

That suggests a low rate of misattributed paternity; but note the data are presented per woman, not per child. The poll does suggest that mating with multiple men around the time of conception is neither rampant nor pathologically rare.

These results marry comfortably with DNA estimates of misattributed paternity from samples that cross a broad range of societies which suggest the rate is between 1% and 3%, and with Professor Gilding’s estimate of between 0.7% and 2%.

The number of children whose biological father isn’t their social dad is probably far smaller than you’ve been led to believe, although the 30% figure seems to be a zombie-statistic that refuses to die.

But even a 1% rate of misattributed paternity still adds up to millions of individual children, world-wide, each part of an interesting, sometimes tenuous and often heart-breaking story.