There are many questions about missing flight MH370 but answers are unlikely until the flight recorders are found, writes John Faulkner. 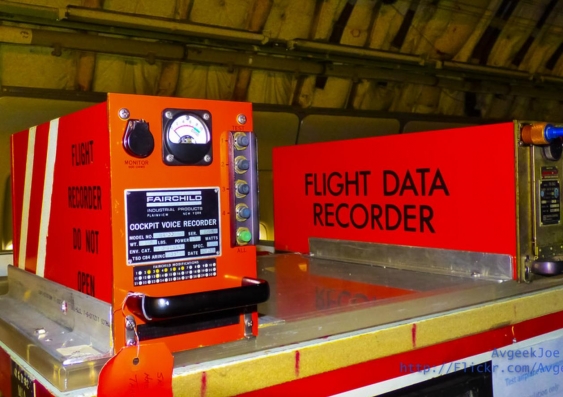 OPINION: As the search continues for wreckage from the missing Malaysia Airlines plane it’s probable that answers surrounding the mystery of flight MH370 will not be available until the recorders are recovered.

There are two main recorders and the main flight data recorder is vital as it has a virtually complete record of all aircraft parameters until a crash, when it loses aircraft power.

It should record the last 25 hours of flight operation with a minimum requirement to measure data across five areas:

It’s an extremely sturdy piece of equipment and will survive almost any kind of crash. It’s placed at the back of the aircraft as generally aircraft crash nose-first.

Why is it called a black box?

The name “black box” survives from the second world war when all advanced electronic devices in aircraft were secret and were either painted black or made from black materials. They’re usually called “crash recorders” in the industry and since the 1960s they’ve been painted bright orange to make them easier to find.

If the recorders end up in the sea, the salt water releases a device – the underwater location beacon (ULB) – that is then capable of sending a sonar signal for up to one month. The frequency of the beacon is 37.5kHz which is identical to that heard by rescue authorities this week.

This sonar signal can be heard underwater and picked up by systems on all warships and specially fitted ships:

The challenge, though, is the beacon’s battery power. It must last a minimum of 30 days and although it can last longer, it still means a race against time for authorities before the pinger goes flat. With more modern battery systems, it may be time to revisit and extend the life of this device.

Conversations in the cockpit

The other part of the black box is a cockpit voice recorder. This device records all conversation on the flight deck but it overrides the recording every two hours, so only the final two hours can be obtained. Again, following this case this could be extended by updating the equipment.

But there have been industrial problems. Pilots, like most people, guard their privacy and do not readily agree to have all their conversations recorded. Would you like your conversations – in their entirety – recorded on a long flight?

A number of airline systems can erase recordings after aircraft shutdown. The last two hours of flight MH370 may well be useful in giving some indication of what has happened, even if there is silence.

There were a number of questions raised by this case including over the transfer of MH370 between Malaysian airspace and that of Vietnam. When the aircraft entered Vietnamese airspace and it did not call in, this should have been picked up by both the Malaysians and Vietnamese.

Another confusing issue is the engine monitoring by Rolls Royce as part of the company’s maintenance programme.

The monitoring indicates to the flight deck that the engines are working properly – data that’s also transmitted via satellite to Rolls Royce and used for their maintenance.

But there has been little information about this, which leads to speculation as to what happened. The data would, for instance, indicate when the engines were shut down or stopped due to a crash.

So what did happen to the Boeing 777 carrying 239 passengers and crew on board a scheduled regular flight from Kuala Lumpur to Beijing?

Unfortunately in any accident involving humans, human error creeps in somewhere, whether it is in design, maintenance or operation.

We need to know what those errors were and then be in a position to improve safety systems to reduce the possibility of re-occurrence.

Suggested changes on monitoring aircraft are already being made and one technical improvement would be to transmit the flight recorder data to the ground on a full time basis. This would improve the efficiency of the operation as well as its safety benefits.

But until we can find the recorders, extract the data and determine the cause of the accident it’s not useful to hazard a guess as to what other issues would have helped in this instance.

John Faulkner is an Adjunct Associate Professor in the UNSW School of Aviation.

Malaysia Airlines faces stark choices in a battle to survive

Searching underwater for MH370 is a shot in the dark