UNSW physicists have studied a distant star where gravity is more than 30,000 times greater than on Earth to test their controversial theory that one of the constants of Nature is not a constant. 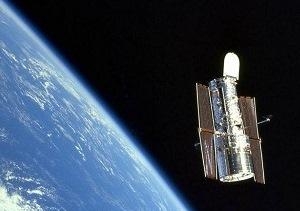 UNSW physicists have studied a distant star where gravity is more than 30,000 times greater than on Earth to test their controversial theory that one of the constants of Nature is not a constant.

Dr Julian Berengut and his international team used the Hubble Space Telescope to measure the strength of the electromagnetic force – known as alpha – on a white dwarf star.

Their results, which do not contradict the variable constant theory, are published in the journal Physical Review Letters.

Dr Berengut, of the UNSW School of Physics, said the team’s previous research on light from distant quasars suggests that alpha – known as the fine-structure constant – may vary across the universe.

“This idea that the laws of physics are different in different places in the cosmos is a huge claim, and needs to be backed up with solid evidence,” he says.

“A white dwarf star was chosen for our study because it has been predicted that exotic, scalar energy fields could significant alter alpha in places where gravity is very strong.”

“Scalar fields are forms of energy that often appear in theories of physics that seek to combine the Standard Model of particle physics with Einstein’s general theory of relativity.”

“By measuring the value of alpha near the white dwarf and comparing it with its value here and now in the laboratory we can indirectly probe whether these alpha-changing scalar fields actually exist.”

White dwarfs are very dense stars near the ends of their lives. The researchers studied the light absorbed by nickel and iron ions in the atmosphere of a white dwarf called G191-B2B. The ions are kept above the surface by the star’s strong radiation, despite the pull of its extremely strong gravitational field.

“This absorption spectrum allows us to determine the value of alpha with high accuracy. We found that any difference between the value of alpha in the strong gravitational field of the white dwarf and its value on Earth must be smaller than one part in ten thousand,” Dr Berengut says.

“This means any scalar fields present in the star’s atmosphere must only weakly affect the electromagnetic force.”

Dr Berengut said that more precise measurements of the iron and nickel ions on earth are needed to complement the high-precision astronomical data.

“Then we should be able to measure any change in alpha down to one part per million. That would help determine whether alpha is a true constant of Nature, or not.”