Opinion Why research beats anecdote in our search for knowledge

It is ironic that the world we live in today is built on a solid foundation of research yet it is easier than ever for non-experts to spread their intuitive falsehoods, writes Tim Dean. 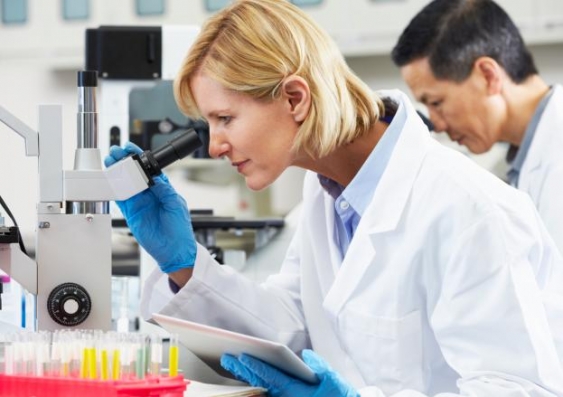 OPINION: It is comforting to feel like we understand the world around us and reassuring to have an explanation for everything. But where does our understanding come from and how reliable is it?

Certainty is seductive, so we tend to cling to it. We hunt for evidence that buttresses it, while ignoring or rejecting evidence that threatens to undermine it.

We seek out friends and media commentators who share our certainty, and then reinforce that certainty in their company. We use certainty as a bulwark in our conversations with others and we use it to thump tables when we bump up against someone else’s convictions.

But deep down we all know that the universe is a bafflingly complex place, and that most things that happen will surprise us and challenge our understanding of how things really are.

In quiet moments, we might even acknowledge that much of our certainty rests on flimsy foundations of perceived wisdom, common sense and intuition, anecdote and wishful thinking.

How do we know?

Consider disease. For the majority of human history most people were certain that disease was caused by the machinations of malevolent spirits. Or they were sure it was cast upon us by witches and warlocks.

Or they were convinced that victims brought it upon themselves by their own wicked ways (irrespective of the easily overlooked fact that a mere babe dying of smallpox was incapable of malice).

More recently, many people were certain that disease was caused by “miasma” such as the fetid fog that wafted off the sewerage-laden Thames in 19th century London, UK.

After all, those who lived in whiffing distance of the Thames were the ones most likely to be struck down by cholera (irrespective of the easily ignored detail that the disease could spread even without the miasma’s help).

These false notions of disease were, in a sense, intuitive. They fit with our common sense understanding of how the world works: if A happens before B, then A is the cause of B.

Yet no amount of certainty prevented these theories of disease from being utterly wrong, thus crippling our ability to treat them. As it happens, most diseases are caused by microscopic pathogens which are, by their very nature, invisible to our naked eye observations. As such, they were beyond the ken of common sense.

It took rigorous scrutiny of the available facts, acknowledgement of subtle inconsistencies and irregularities in the prevailing theories, as well as careful experimentation and detailed observation in order to reveal the true cause of disease.

Rise of the researcher

It also took a few brave people to embrace uncertainty. It took them to admit their ignorance and decide to follow the facts wherever they took them, even if that path was long and arduous, and raised more questions than it answered.

It took more than common sense and intuition, anecdote and wishful thinking to discover germs and transform medicine. It took genuine research to reveal the facts.

The results speak for themselves: life expectancy at birth before germ theory was under 40, with between 10%-30% of infants never making it to adulthood.

Only half of those who reached the age of 20 went on to survive to 60. The primary killer was infections. Today in those countries that have embraced germ theory and modern medicine, it is closer to 80.

Research itself can be defined in many ways, but at its core it’s ultimately about rigour. Genuine research – whether in the sciences or the humanities – does not rely on intuition or common sense. It doesn’t lean on anecdote or conjecture. It doesn’t seek to reinforce pre-existing beliefs or ratify wishful thinking.

Genuine research acknowledges that reality is not transparent to human perception and that we have to work hard to uncover the facts. It uses uncertainty as a guidepost to knowledge rather than a stop sign for further enquiry.

Genuine researchers are those rare individuals who have come to terms with their uncertainty and confront it on a daily basis. They have embraced rigour in their methods of enquiry and value truth over comfort. Their hard work over the past couple of centuries has lifted us out of the fog of ignorance and into the world of knowledge and prosperity we inhabit today.

Then come the doubters

Yet, somehow, our appreciation for the power of rigorous research has diminished in recent years.

It is ironic that the world we live in today is built on a solid foundation of rigour in a number of fields such as science, medicine, economics, political science and many others. Yet that same world makes it easier than ever for non-experts to spread their intuitive falsehoods under the pretext of common sense.

We’ve probably all come across the various online ads saying some new easy health tip or other – such as easy teeth whitening – that was “discovered by a mom”, or seen Hollywood actors called upon as experts in fields other than acting. Jenny McCarthy might be photogenic, but hercomments about vaccines are as dangerous as they are uninformed.

Anecdote often passes as evidence, and post-hoc explanations often pass as theories. Intuitive explanations spread throughout the internet, made appealing by their simplicity rather than their veracity.

Research, and researchers, deserve better than that.

If we value fact over falsehood then we should constantly remind ourselves of the dangers of certainty and the poverty of intuition. We should remind ourselves that our belief in something should be held with a conviction proportional only to the evidence we have in support of it.

And if we haven’t undertaken the rigours of research ourselves to uncover that evidence, then we should place greater credence on the words of those who have.

Certainty is seductive, wishful thinking is alluring and anecdote can be compelling. But they are also symptoms of a disease for which rigorous research is the only cure.

Tim Dean is a PhD candidate in the Faculty Arts and Social Sciences at UNSW.

A question of ethics: journalists and climate change