Opinion Words, genes, and the science of past human deeds

Mitochondrial DNA offers an incomplete picture of people's ancestry, and consumers and scientists alike should be aware the technology promises much more than it can deliver, writes Darren Curnoe. 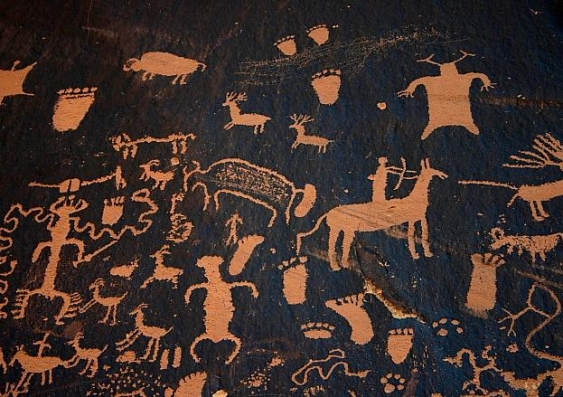 OPINION: Human languages have long been known to be a marker of human cultural affiliation and biological ancestry, used by linguists and archaeologists alike as a marker of human population movements in the deep past.

A textbook example of this is the spread thousands of years ago of Indo-European languages, which are today spoken by a diverse range of people spread from South Asia to the Middle East, throughout much of Europe.

Linguists and archaeologists have developed two major and competing models to try to explain the origins of this large language family:

Two new studies examining the history of the Indo-European languages have independently confirmed the first of these ideas, the so-called 'Great Steppe' model.

The first new study, by Chang and co-workers published in the journal Language, used a new rigorous method to develop an 'evolutionary' language tree based on the changes in vocabulary through time, and incorporating ancient and medieval languages.

Its strength seems to be in its statistical rigor and more accurate estimates of the pace of change through time in these languages and the production of a more reliable ancestry tree.

In the final study, a large team led by Wolfgang Haak at the University of Adelaide's Australian Centre for Ancient DNA, and published on the preprint server bioRxiv , extracted and analysed the nuclear DNA of 69 skeletons from Europe dating between 3000 and 8000 years old.

While, again, their worked confirmed the Great Steppe model for the origins of Indo-European languages, it also showed that the genetic history of the people speaking these languages in Europe was far more complicated than anyone had thought before.

Around 8000 years ago, Western Europe seems to have been inhabited by farming people whose ancestry was distinct from the hunter-gatherers of the region. In the steppe region of Eastern Europe/Central Asia, the opposite situation applied, the area being occupied by nomadic foraging people.

By about 6000 years ago, people with hunter-gatherer ancestry had seemingly reoccupied Western Europe, while in the steppe region, the earlier hunter-gatherers had now been replaced by herders.

At about 4500 years ago, a massive migration of people from the great steppe region seems to have occurred into the centre of Europe, with the result being that today many European speakers of Indo-European languages are descended from these Eastern European/Central Asian animal herders.

For decades, archaeologists and linguists have debated whether the spread of Indo-European languages was by farmers replacing hunter-gatherers as they spread across Europe, or whether nomadic foragers simply threw away their spears and picked up a sickle instead.

These new studies shows it may actually have been a complex and drawn-out mixture of both.

With the development of genetic sequencing technology in the 1980s, allowing the DNA code to be read directly, scientists began to test and develop models of human evolution based previously on the fossil record.

The marker of choice at this time was mitochondrial DNA, championed by geneticists as providing a simple and reliable indicator of recent evolutionary history.

Mitochondrial DNA is abundant in the human body. It is contained within hundreds or thousands of mitochondria contained within each cell, their numbers varying according to tissue type (i.e blood cells, liver cells or muscles etc).

This kind of DNA sits within the mitochondria of our cells, organelles that act as the power stations for each cell, contrasting with nuclear DNA (or our 'genome') found only within the nucleus.

While nuclear DNA mixes up (recombines) during the production of new cells, some of which become eggs and sperm, mitochondrial DNA doesn't shuffle about.

Furthermore, we all inherit the mitochondrial DNA contained within other mothers' ovum, making it a marker of maternal evolution.

Pioneering early studies of the genetic origins of living people by Rebecca Cann and Alan Wilson during the mid-1980s used mitochondrial DNA to show that our species had evolved in Africa tens of thousands of years before we left the continent and settled the rest of the planet.

This was the so-called 'mitochondrial Eve' model, and it confirmed one of two major competing theories developed from painstaking studies of fossils — the 'Out-of-Africa' theory.

Since this time, mitochondrial DNA has also come to play a major role in forensics and the identification of criminals from human biological samples left at crime scenes or on clothing.

It is also now a major source of information for 'mail order' genotypic companies offering popular tests of genetic ancestry for a few hundred dollars, such as the National Geographic's Genographic Project.

Genetic ancestry or a molecular horoscope?

The widespread use of mitochondrial DNA for these purposes now sits under a cloud following a major study by Leslie Emery and colleagues published in the American Journal of Human Genetics.

They undertook a large-scale global comparison of human mitochondrial DNA with some nuclear genome sequences and got some very sobering results.

Emery and her team studied hundreds of DNA samples from people representing many of the world's major geographic populations and discovered that in most cases their mitochondrial DNA actually provided very little information about ancestry compared with their nuclear DNA.

At least a third of the mitochondrial DNA makers from various populations across the globe failed to accurately predict people's geographic continent of origin — say 'African' or 'European' — or ancestry within a particular continental region — like 'Northeast Asian' or 'Southern African'.

Emery and colleagues concluded that mitochondrial DNA offered an "incomplete" picture of people's ancestry and called for greater information about the complexities and inaccuracies of DNA results from commercial ancestry-testing to be conveyed to consumers.

This follows on from a BBC article in that described some DNA ancestry testing as akin to 'genetic astrology'; based on an article warning of the pitfalls of genetic testing posted by the Sense About Science website.

While this new study doesn't go quite that far, it's take home message is a powerful one that should resonate with scientists working on human evolution and forensic science, and consumers parting with their cold hard cash for a 'personal' DNA history wherein the technology promises much more than it can really deliver.

Baby with the bathwater?

Genetics will continue to surprises us with its major and often unpredictable insights into our collective, deep time, human past.

But sometimes, the surprises even threaten to overturn major branches of genetic research itself. Such is the self-correcting nature of this intellectual juggernaut we call science.

Associate Professor Darren Curnoe is an evolutionary biologist at UNSW.

This piece was first published on the ABC Science website.

The palaeolithic diet and the unprovable links to our past