Opinion The ‘simple life’ manifesto and how it could save us

The aftermath of Christmas is a good time to think about where our obsession with production and consumption is getting us, writes Ted Trainer. 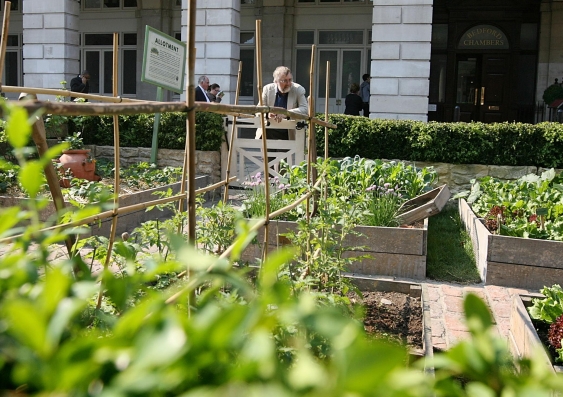 OPINION: The aftermath of Christmas is a good time to think about where consumer-capitalism is getting us. The sad fact is that, with these values, our society can never be ecologically sustainable or just. Accelerating global problems cannot be solved in a society obsessed with production and consumption, affluent living standards, market forces, the profit motive and economic growth. The only way out is via a huge and radical transition to The Simpler Way.

An exaggeration? Only if you fail to grasp the magnitude of the overshoot. Consider, for instance, the well-known “footprint” numbers. It takes eight hectares of productive land to provide water, energy, living space and food for one person in Australia.

If the 9 billion people of the future were to live as Australians do now, we would need about 72 billion hectares of productive land – about nine times the total on Earth. Even now, footprint analyses indicate that the world is consuming resources 1.5 times faster than we can sustain.

It gets worse. Our affluence, comfort and security could not be possible if we few who live in rich countries were not hogging most of resources. The per capita consumption of the top 10 countries for iron ore use is more than 80 times that of all the rest. If the global economy were not so grossly unjust we would have to get by with a tiny fraction of what we use now.

Yet despite the present unsustainable levels of production and consumption, we remain determined to increase them as much as possible, without any end in sight. Our supreme goal is economic growth, but few people seem to recognise the absurdly impossible implications.

If the expected 9 billion people were to enjoy the ”living standards” forecast for Australians by 2050 (assuming 3% yearly economic growth), the world’s total consumption would be about 30 times as much as it is now.

It is difficult to see how anyone aware of these basic numbers could avoid accepting that people in countries like Australia should be trying move to far simpler and less resource-intensive lifestyles and economies. The decreases might have to be around 90% – something that can only be achieved through dramatic reductions in production, consumption, and economic activity.

This is what the “limits to growth” literature has been telling us for decades, but most economists, politicians and ordinary people still fail to grasp the point. It is also now clear that increasing the GDP in a rich country does not improve the quality of life!

So let’s shift to the Simpler Way

This is the term some of us are using for the kind of society in which we could easily make these huge reductions, while actually liberating ourselves to enjoy a far higher quality of life than we have now – if we wanted to. But we could not do it without unprecedented, radical structural and cultural changes.

Here are the basic elements of The Simpler Way:

We must develop as much self-sufficiency as we reasonably can, both at the national level, meaning much less international trade, but more importantly at local and household levels. We need to convert our presently barren suburbs into thriving economies which produce much of what they need from local resources.

Home gardens and mini-farms throughout suburbs would allow nutrients to be recycled back to the soil. Most of us could get to work by bicycle or on foot, and there would be almost no need for food packaging, food transport or marketing, and little need for fridges.

Because there will be far less need for transport, we could dig up many roads, greatly increasing the urban land area available for community gardens, workshops, and nature.

Most of your neighbourhood could become an “edible landscape”, crammed with long-lived, largely self-maintaining productive plants. We could convert one house on each block to become the neighbourhood workshop and gathering place.

There would also be many varieties of animals living in our neighbourhoods, including an entire fishing industry based on tanks and ponds. Many raw materials can come from the commons, the small woodlots, bamboo clumps, ponds, meadows, clay pits, from which all can take free food and materials.

It would be a leisure-rich environment, full of familiar people, small businesses, common projects, drama clubs, animals, gardens, farms, forests, and things to see and do. People would be less inclined to travel for leisure or holidays, reducing the national energy consumption.

People would work on voluntary rosters, committees and community work groups to maintain infrastructure and provide services. (The Spanish anarchists ran whole towns without any politicians or bureaucracy, via citizens’ committees and assemblies.)

If you think this all sounds a bit unlikely, you’re right. There is no chance of making these kinds of changes in our present economic system.

It would require a radically new economy: one with no growth and not driven by market forces. Investment and distribution decisions would have to be made by deliberate collective processes.

This does not mean we must have centralised, bureaucratic, authoritarian, distant, big-state socialism. Most of the small firms and farms might remain as privately owned ventures or cooperatives, as long as they kept within guidelines set by the community.

Towns and suburbs will collectively take basic control of their local productive systems, which would enable them to eliminate unemployment, poverty and homelessness. They will simply set up small firms and cooperative gardens and workshops whereby those without jobs can contribute to producing goods and services the town needs, being paid in our local currency.

Most people would need to work for money only one or two days a week. (In consumer-capitalist society we work far harder than necessary.)

Surrounding the town or suburban economy would be a regional economy in which more elaborate items would be produced, such as shoes, hardware and tools. A few items, such as steel, would need be moved long distances from big centralised factories, but very little would need to be transported from overseas.

Most of the decisions that matter would be taken at the level of the town assembly, not the nation state. Democracy would be participatory, as opposed to representative. Big centralised governments could not possibly run our small local communities. That could only be done by the people who live there, and who understand the local needs and opportunities.

Obviously, we as individuals will only live well if our town thrives. Our real wealth and welfare would be due to public factors, such as a beautiful landscape and a caring community. Our personal incomes and property will not be important. The situation wouldrequire and reward good citizenship.

The biggest and most difficult changes will have to be in our outlook and values. The present commitment to individualistic competition for affluent “living standards” and ever-increasing wealth would have to be replaced by a strong desire to live simply and frugally, cooperatively, and self-sufficiently.

Living more simply does not mean deprivation or hardship. It means being content with what is sufficient, and seeking enjoyment from non-material pursuits. Living in ways that are frugal and that minimise resource use should not be seen as a burden or sacrifice that must be made to save the planet. These ways can be sources of great life satisfaction.

Neither does it mean turning our backs on the modern world. The Simpler Way would let us keep all the high-tech ways that are socially desirable. We would have far more resources for science, research, education and the arts than we have now because we would have stopped wasting vast amounts of resources on non-necessities.

Obviously at present the chances of such a transition being achieved are very poor. But the global situation is rapidly deteriorating and increasing numbers are realising that consumer-capitalism is not going to solve our problems.

Many in the Voluntary Simplicity, Permaculture, Downshifting, De-growth, Eco-village and Transition Towns movements are now enjoying living in the ways described and are working for transition to some kind of Simpler Way.

Dr Ted Trainer is a Conjoint Lecturer in the School of Social Sciences at UNSW.

We can achieve sustainability – but not without limiting growth