The largest study ever undertaken in Australia to investigate the production and consumption of recycled water will be led by the Journalism and Media Research Centre. 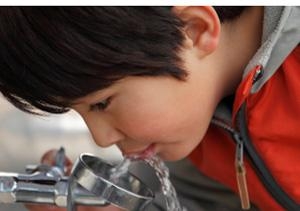 The largest study ever undertaken in Australia to investigate the production and consumption of recycled water will be led by UNSW’s Journalism and Media Research Centre (JMRC).

The research will form the basis of a national education and engagement program which will give Australians access to evidence-based information about recycled water.

UNSW’s Faculty of Engineering and School of Public Health and Community Medicine, along with 30 national and international organisations, are collaborating on the $10 million research project which is funded by the Australian Water Recycling Centre of Excellence.

Academic leader of the project and Director of the JMRC, Professor Catharine Lumby, said the outcomes of the cross-disciplinary investigation will be significant for the water industry globally.

“Recycled drinking water is already accepted in other countries around the world. In Australia, local policies, stigmas and public perceptions have often prevented recycled water being considered for potable use,” said Professor Lumby.

Professor Judy Motion, a leading expert in science communication based at the JMRC, said the project is designed to engage the public in a dialogue, rather than railroad them into drinking recycled water.

“Our aim is to find the best way of communicating new information to the Australian public, educators and decision makers by exploring the growing role that online and social media play in science communication.”

Associate Professor Greg Leslie of the School of Chemical Science and Engineering acknowledged Australians wanted more information about drinking recycled water and the process of producing it.

“A key part of this project will be investigating what Australians want to know and how scientists can better communicate issues of reliability and quality control,” said Professor Leslie.

The $10 million funding to UNSW is part of The Australian Government’s $20 million commitment over five years to the Australian Water Recycling Centre of Excellence, through the Water for the Future initiative.

For more information on the Australian Water Recycling Centre of Excellence visit www.australianwaterrecycling.com.au.