Opinion Abbott must back wide-ranging reform of defence

A review of the defence department is a herculean task and its success relies on challenging vested interests and institutional inertia by establishing an independent inquiry with a broad remit, writes Alan Dupont. 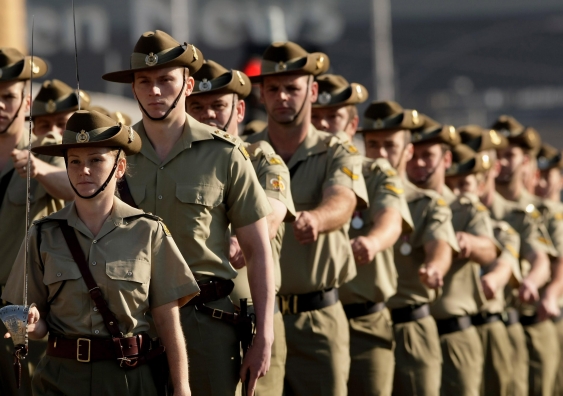 OPINION: When Tony Abbott and his colleagues on the National Security Committee of cabinet sit down to have their first serious look at defence this week they will find a dispirited and disjointed department in need of direction and renewal.

Probably no other major government department has experienced the degree of leadership, budgetary and organisational churn as Defence or had its culture and business decisions so openly and frequently criticised.

Recognising the malaise, and the need to restore his department to good health, Defence Minister David Johnston has signalled his intention to conduct a root and branch reform of the defence organisation.

But the task is herculean and his good intentions will founder on the rock of intransigence unless the Prime Minister empowers Johnston to challenge vested interests and institutional inertia by establishing an independent inquiry with a broad remit.

If the government thinks dealing with the legacy issues around the viability of Holden and Qantas has been hard, defence reform will be much, much harder and the stakes higher.

Many previous governments have tried and failed. Indeed, Defence holds the dubious distinction of being the most frequently reviewed department in the Commonwealth Public Service for the least amount of gain.

Defence does not have the iconic status of a Holden or Qantas. But it employs more people, is more complex, touches many marginal electorates, is critical to the Australian economy and provides an essential good: security. Thinking of defence as a business as well as a service will require a change in mindset, a new narrative and guidelines for benchmarking the performance of defence against the world’s best commercial organisations. The change in mindset must recognise that a modern Australian defence force cannot deploy, fight and conduct its other core business without a host of enabling functions.

Napoleon’s pithy observation that armies march on their stomachs is no less true in 2014. However, far more than food is required to fight and win in today’s environments, not to mention the other tasks asked of the Australian Defence Force by government. Like all modern defence forces, the ADF needs an efficient logistic, personnel and acquisition system to provide the right amount and type of equipment, as well as the food, water, energy, people and communications technology to sustain its operations. This may not be a headline grabber but, as any good businessman knows, successful enterprises need an efficient back office.

The evidence from past reviews suggests Defence has a sub-optimal back office. Johnston’s review must find out why and develop a costed strategy for remediation. The minister can prepare the ground by encouraging a narrative that places defence at the heart of the government’s plans for restructuring the economy.

The public image of Defence is rooted in the mythology and reality of the heroic Digger, of past wars and conflicts fought and sometimes lost. There is little appreciation of Defence’s significant economic, scientific, technological and industry roles.

Defence spends a large amount of public money. But with more than 100,000 personnel, it is also a major employer and contributor to Australia’s scientific, manufacturing and technological base.

The $9 billion a year Defence Materiel Organisation must buy and deliver to the ADF everything from tents to satellites, including a suite of advanced military systems much of which is built, assembled or maintained in Australia. Its head, Warren King, points out the ADF has more planes than Qantas and Virgin combined and more ships than the two largest cruise lines. And if Australia’s new submarines are built here, as seems likely, it will be a bigger, more complex and expensive project than the National Broadband Network, with through-life costs of the submarine estimated at about $100bn.

Defence reform must deliver cultural change as well as organisational efficiencies. Defence is legendary for its tribalism, ponderous procedures and the disempowerment of its managers.

A slimmed-down department with simplified processes and clear lines of decision-making has to be underpinned by a commitment to innovation, flexibility and accountability when things go wrong. This means the buck has to stop with a single person and there have to be consequences for poor performance.

Only when the department can demonstrate a culture of continuous improvement will we know the review has done its job. But if there is no serious review, then it can be concluded with absolute certainty defence will not be reformed on Abbott’s watch.

Pivot to Asia has not fallen off its axis